Home / Arts / What we were reading on this day … 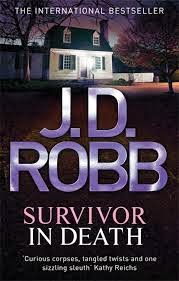 What we were reading on this day …

10 years ago in 2005 we were all about The Da Vinci Code even though it had been published two years previously.

This detective story / suspense thriller / conspiracy theory went on to sell somewhere in the 80 million copy range, made into a highly successful film and was the subject of several lawsuits. What else were we reading?

The Five People You Meet in Heaven by Mitch Albom
Survivor in Death by J.D. Robb
Blink by Malcolm Gladwell
Collapse by Jared Diamond
America (the Book) by Jon Stewart
Men in Black by Mark R. Levin

20 years ago in 1995, around about the time I started working at the library give or take a year or so, a strange booked topped the bestseller list – The Celestine Prophecy. It was not so much focused on plot, but was more a exploration of an idea told in the form of a parable. In it the main character journeys to find meaning in an ancient Peruvian manuscript. (Oh yes, there were a few books about O.J. Simpson as well)

30 years ago in 1985 Sidney Sheldon’s If Tomorrow Comes Topped the bestseller lists. Sidney Sheldon was not only the author of some 18 popular novels, but also created, produced and wrote the 1960s television series, I Dream of Jeannie. If Tomorrow Comes is an international suspense thriller which features Tracy Whitey, whose life is forever changed, when she is framed by the mafia.

The Sicilian by Mario Puzo
The Talisman by Stephen King

40 years ago in 1975 we were reading Centennial by James Michener. Michener, who died at the age of 90 in 1997 won the Pulitzer Prize for Literature for his Tales of the South Pacific. Centennial is an epic novel that follows the history of Colorado from prehistory to the 1970s. It was made into a television mini-series in the 1970s.

50 years ago in 1965 Herzog by Saul Bellow was on the best seller list. It was his 6th novel and the second time he won the National Book Award (he was to go on and win it a third time as well). Herzog, told through letters, illuminates the life of Moses E. Herzog, a 47 year old Jewish man who is going through a personal and transformative crisis.

Funeral in Berlin by Len Deighton
The Italians by Luigi Barzini

60 years ago in 1955 many were reading Katherine by Anya Seton and it remains a favourite with historical fiction fans today. In Katherine we read about Katherine Swynford and her romance with John of Gaunt in the 14th century. Seton influenced current bestselling historical fiction authors like Philippa Gregory who has written introductions for new editions of several of Seton’s novels.