I’m kind of scared to type out these words. It isn’t that I’m superstitious. I believe in the power of prayer but not in the supernatural causation that leads to certain consequences.

But… there have just been too many times when I’ve declared something to be the case only to have it backfire on me a few days later. Still, I’m going to say it (and maybe touch wood and hold my breath at the same time.)

Like every fall before it, our family was struck sick this season. I know to expect it – and after last year – absolutely dread it. While I’m still recovering from a lingering cough that is a few weeks old, my family is (wait for it) relatively healthy right now. (See? This is not something I want to jinx). I’m watching the fall plague hit friends of mine and my heart aches for them, because I remember. I remember endless days of fever and infections and one illness after another. I remember thinking that we’d seen the last of it only to be hit with something else. I remember trying to balance which parent would take which sick day to care for the infected kids who weren’t welcome at daycare. I remember it lasting at least six weeks. That was last year.

This year, I expected it to be just as bad. It hasn’t been (so far). We’ve been, dare I say it? …Lucky. Sure, we’ve had our bad weeks. That’s to be expected. We battled strep throat at the beginning of the season and just a few weeks ago, we were all struck down with a pretty nasty cold that left my husband and I feeling downright terrible (of which this cough is still evidence of). I hate being sick. I hate taking care of sick. And I doubly extra hate being sick when pregnant. I was feeling lousy, and then things got worse.

I woke up feeling worse than ever one morning and I was contemplating calling in sick. Then my two year old woke up and made my decision easy by puking everywhere. Suddenly, our house was afflicted by a bad cold and a nasty stomach bug.

I got scared. Really scared. The day was Halloween, and it might have been the scariest Halloween on record.

In no uncertain terms did I want to catch what Gavin had, on top of this terrible sore throat, headache, and difficulty breathing that I was suffering with. Oh yes, and the pregnancy. The coughing was hurting my stomach enough as it was. And let me tell you, after suffering with the norovirus one year while in my third trimester, I know there is nothing quite like trying to lie still to avoid nausea and having your baby kick your very queasy tummy.

But on this day, I had to be a Mom first. I had to sit with my sick little boy and hold the bucket. I had to clean him (and sometimes myself) up. I had to snuggle him and help him feel better, and I had to try to soothe his heart which had broken at the news that he wouldn’t be attending the daycare Halloween party that day. I desperately wanted him to feel better, not just because I wanted to minimize the risk of catching what he had, but I really wanted him to get a chance to dress up and go trick-or-treating for even a short while that night. The goal of the day was to get enough rest and quiet to hopefully feel better.

With his big brother at daycare, Gavin and I hunkered down on the couch and I turned on Netflix. If there is any better time to encourage copious amounts of screen time, being sick is it. I just wanted Gavin to get his mind off of how he was feeling and to stay still and quiet enough to hopefully rest. For the first time in a long time, Gavin had full control over the programming for the day. He spent the day watching Blue’s Clues – a new show for him, but one that was perfect for a quiet, sick couch day. It wasn’t too energetic, but it kept him engaged just long enough to drift to sleep in my arms. 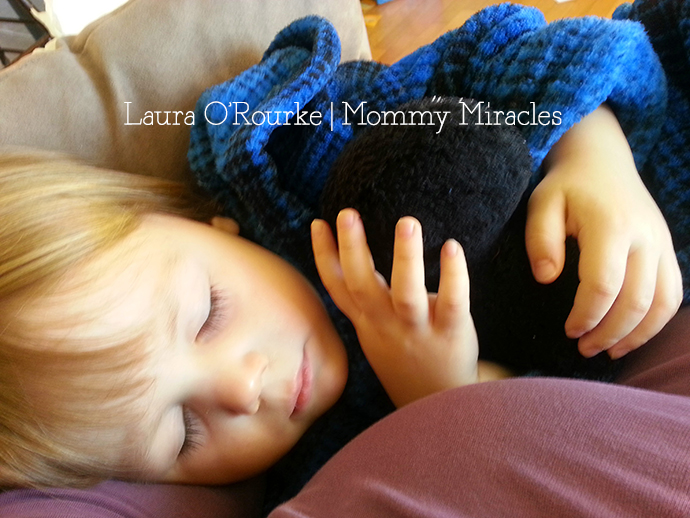 I’m happy to report that after a very long nap around noon, Gavin did not get sick again and he was even able to expend a little energy dressing up as Batman to hit up a few houses that night. 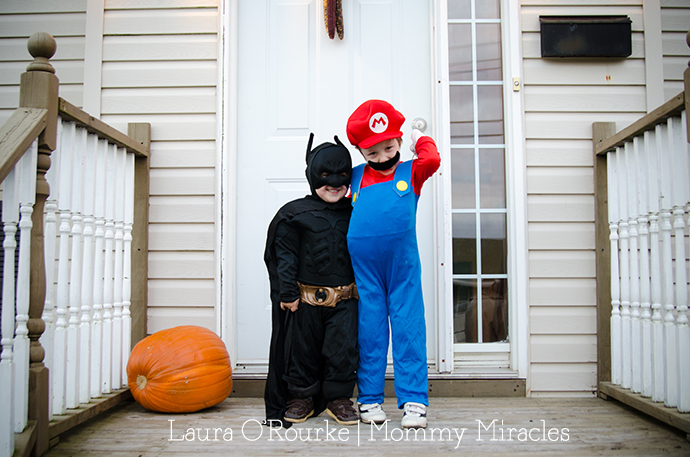 And Halloween ended up not being so scary after all – until two nights later when Cameron woke up from his sleep feeling nauseous. He spent a couple of hours going between the couch and the bathroom, expecting to be sick at any point. Unlike his younger brother, he managed to avoid actually being sick and was able to return to bed within a couple of hours, but similarly to Gavin, Cameron spent his sick time with the tablet right in front of him, watching Netflix. We even rigged up a little viewing station in the bathroom using a TV tray. Though, I might not suggest Pokémon as a fabulous middle of the night sick-show. I knew it was time to send Cameron back to bed when he started acting out the Pokémon battle scenes. 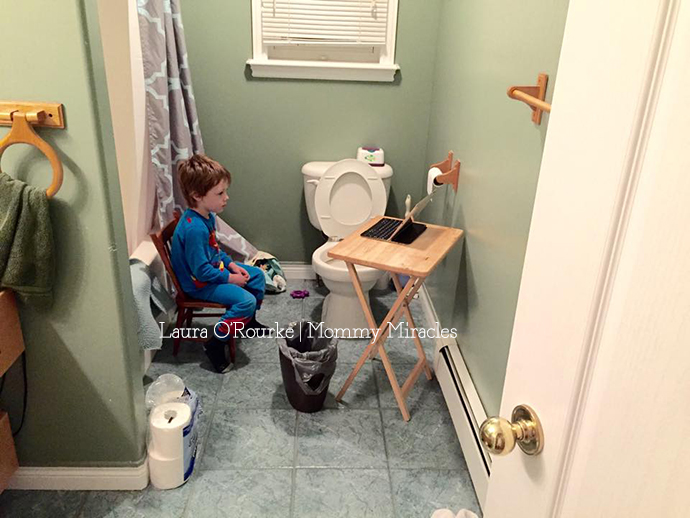 And so here I go again, testing fate, but I missed the stomach bug all together. It is only fair with the lingering cold, but I am grateful all the same. Now, let’s just all keep our fingers and toes crossed that we’ve dealt with all the puke we’re going to see this flu season. Because, while I’m not superstitious, the last thing I want to tempt the universe with is our health, especially in my third trimester. Also, I certainly don’t need an excuse to watch Netflix these days.

Netflix knows that autumn brings the sniffles, and so they want to bring the giggles! This month, they suggest checking out these titles with our kids to encourage lots of smiles. 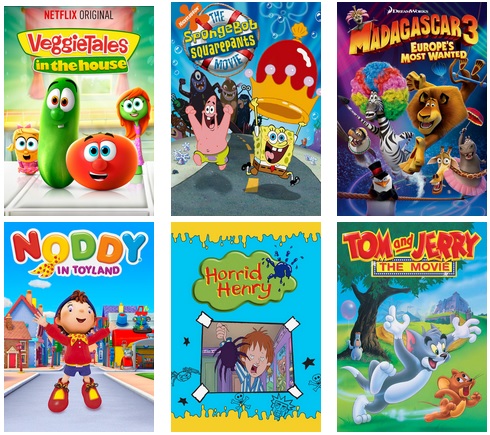 The post When the Sick Hits appeared first on Mommy Miracles.

When the Sick Hits
https://haligonia.ca/when-the-sick-hits-99910/