…and his nose is kinda runny
and you think it’s kinda funny,
Well it’S NOT*


Typical. That’s my son for you. A typical snotty nosed kid.

I love kids. I always have. But I used to get so grossed out when parents would let their kids run around with snot all over their faces. Grossest thing EVER! Shouldn’t these children be civilized? Shouldn’t they be clean? Shouldn’t you try to exaggerate their cuteness?

In my opinion, snot is no laughing matter. And parents needed to get serious about how how their kids appeared in public.


Obviously, this was my mindset before having a child.

And then, Cameron came into my life.

Don’t get me wrong, I try to keep his nose free from the oogedy-boogedy-boogers. I do! I chase him around with a Kleenex and don’t care how much he wriggles and whines when I try to wipe him.

(For your information, my boy sure can wriggle! And have you heard him whine? Whoa!)

But, despite the boxes of Kleenex we go through, despite the raw noses, despite the strong arms and deaf ears I’ve gained from all the wriggling and whining, Cameron’s face seems to still be snotty.

It is resilient stuff, that snot.

Cameron wakes up with dried snot on his forehead and in his hair. Cameron’s snot travels through sticky hugs and becomes a permanent resident on Daddy’s and my clothes. Cameron’s snot even wiggles and jiggles down into his food as he is eating.

Get the picture yet?

Cameron’s snotty. And there is nothing I can do about it.

So, if you ever see Cameron’s precious little snot covered face, don’t assume I’m a bad parent. Don’t think he’s any less cute. Give him a hug and expect to take some of him with you.

And cherish those precious snotty little kid loves. Because he’ll grow up all too soon. 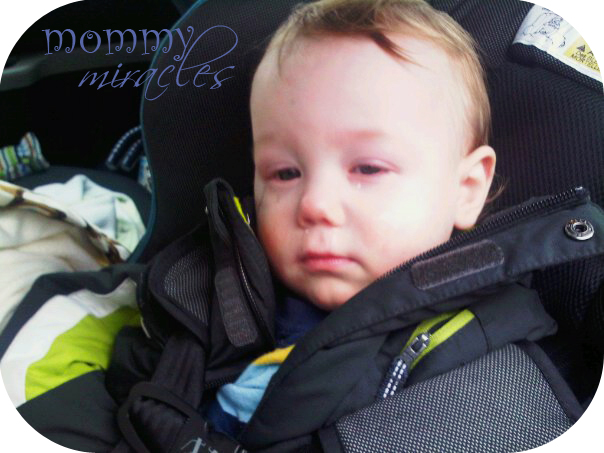 *A little rhyme my mother taught me while we were growing up. We’re ALL class, I tell ya!

When You're Dancing With Your Honey...
https://haligonia.ca/when-youre-dancing-with-your-honey-36732/