Purdy’s Pub and Grill is taking over the space recently occupied by Angles in Sackville,and yes wing night are returning as well.

Speaking of new bars,Downtown Dartmouth is getting a new bar. Beside Bobs/Bluebell on Portland there is a bar catering to a different crowd than your usual Portland St bar, but then details get sketchier I have heard that it will be a craft brew spot with a Toms Havana crossed with Stillwell vibe but then I have also heard flights of wine and oysters.

Will have to see in the new year as details become obvious.

Whole Foods has announced that they are undertaking an aggressive expansion in Canada expanding from 10 to 40 stores in Canada and having a presence “coast to coast” within in the next 5 years. What the means for Halifax is unknown, The rumour mill says they have been talking to  Kings Wharf but they may just be hopeful speculation.

Montreal Menswear retailer Frank & Oak opened their holiday Pop upon the corner of Barrington and Blowers.

The former garage on Gottingen between Propeller and the Marquee is being convert into a bouldering Climbing Gym.

Smokes Poutinerie is setting up in Woodside beside Satrbucks, this Smokes is a little different in the fact it has a drive thru and is co-labelling itself as a Weinerie as well.

Woodys Larry Uteck closed, after 12 months. The owners of that recently had taken over the previously failed location in Dartmouth Crossing.

Reitmans is killing of the Smart Set brand over the next year , nationally they will be closing 31 stores and the other 76 will be converted to Penningtons, Addition Elle, Thyme , RW & Co and of course Reitmans.

The bottom of Wright Ave you is getting a new restaurant called Star Fresh Modern Diner which will be focusing on a healthier options for the Burnside lunch crowd.

Noticed a couple new ready to eat stall at the Brewery Market, the Meatball Merchant who has really tasty and hearty Meatball Sliders and The Early Burgs who are making a choice of vegetarian breakfast burgers.

To end off this week, anyone who follows me knows I have a few things I love more and one of those things is Salvatores Meatball Hero and this week it got better when my favourite draught Big Spuce’s Cereal Killer oatmeal stout went on tap. So tasty. 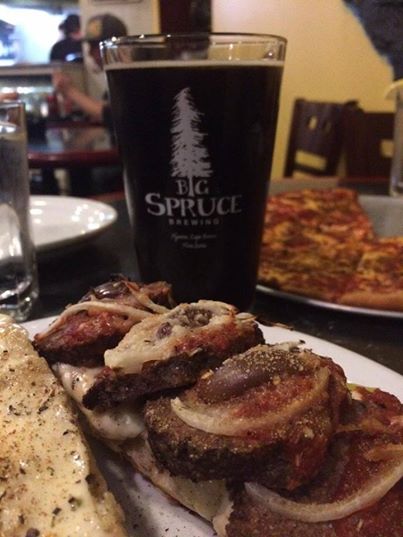