[Please refrain from sending hate mail until you’ve read to the end.]

Last week, Oprah graced Twitter with her presence. Or, at least her ghostwriter did. When I saw the tweets about it, I honestly could not care less than if the Pope had just joined Facebook. To me, Oprah represents a lot of things but none of those things include what all her fans love about her. 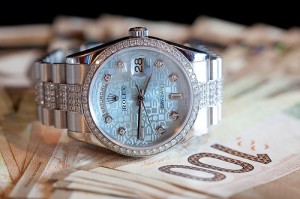 My biggest complaint is her promotion of rampant consumerism: whether it’s in the form of her favourite things, book club, magazine, or just her image itself. Think about it for just a moment. Every single show, she’s selling you something. Even if it’s an idea. Still don’t believe me? Well, explain this to me then. Frankly, this level of consumerism is what got the American (and, truth be told, most of the Western world’s) economy in trouble in the first place.

Coming off of Earth Week, I think the discussion of material goods consumption is a fitting one. If we all thought about the lifespan of our purchases, and where they eventually go to die, I think we’d be better global citizens. But that’s not the point of this post.

Today, people want more of everything, right now, without any real consideration of the consequences. I’m constantly floored by feature stories in the news taking an “in-depth” look at poverty to read about how a student can’t make ends meet because she has to pay for her cell phone bill or why one family is concerned about heating bills when they have to make payments on two vehicles. (I honestly did not make up these stories.)

That’s not poverty. This is poverty. Or, closer to home, how about this?

Oprah and everything she represents feeds into the modern myth that you can and should have everything. Whoever the hell told us that was a big, fat liar. Read these words carefully: NOT EVERYONE CAN HAVE IT ALL. PERIOD.

What buying into this myth means though is that people stretch themselves beyond their limits. Whether it’s paying for overpriced lattes and new cars, replacing technologies as soon as the next shiny thing comes onto the market, having multiple gaming consoles, televisions, and the list goes on.

Now, I’m not saying there’s anything wrong with having high expectations or ambitions in life. But you have to work for it. And even then, you have to ask yourself: do material possessions define success? These days your average university graduate is looking for a good—no—excellent paying job. You’d probably be surprised about their expectations. Having recently graduated with people a decade younger than me, I know. And, again, it’s great to have such high ambitions but let’s put things into perspective: according to Statistics Canada, the median dual income family makes about $66,343. That’s dual as in two people whose average age is much higher than 21.

This average couple has to factor in a mortgage for a $289,000 house (that’s the average cost in Canada but here’s a breakdown by city), car payments, and if kids are involved there’s daycare. Then there’s heating the house, paying for necessities like food and water, and hopefully saving something for retirement. But what’s happening is that people have bought into the myth that others like Oprah are selling them. So, instead of skipping the purchase of that margarita maker, they just keep spending one pay cheque after another until they’re spending into the next pay cheque and the next one after that.

Pretty soon everyone’s running a debt that the banks can’t collect. And we know how that story ends.

So, I guess what I’m saying is that Oprah is the reason the American and world economies collapsed. And that is why she and I can never be BFFs.

Why Oprah and I will never be BFFs
https://haligonia.ca/why-oprah-and-i-will-never-be-bffs-1895/