​The RCMP/GSAR search originally planned for April 13 and 14 has been postponed to April 27 and 28 due to snow cover on the ground. 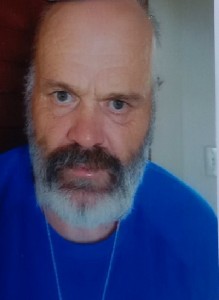 Windsor District RCMP willl be working with volunteer Ground Search and Rescue (GSAR) teams from the area on April 13 and 14, as the search for a man missing from the Windsor area continues. TimothyWells has been missing since May 12, 2018.

Timothy Wells is described as white and approximately 6-feet tall and 270 pounds. He has thinning grey hair, scruffy beard and blue eyes and was last seen wearing a blue jacket with a white crest on the left side and an orange bicycle helmet. Wells’ family and the RCMP have made several appeals to the public for information, however he has not been located. New information received by police has assisted the investigation by providing a more accurate location of where he was last seen.

“Our hope is that we can find some evidence that helps provide Tim’s family with some information about what happened to him,” says S/Sgt. Cory Bushell, Detachment Commander of Windsor District RCMP. “We would like to thank everyone who has come forward to offer tips and information about Tim.”