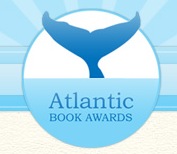 It was standing room only at the Alderney Landing Theatre in Dartmouth, NS Wednesday night as over 200 of the region’s writers, illustrators, book publishers and readers celebrated the 33 nominees and recipients of 13 different literary prizes at the 2010 Atlantic Book Awards. CBC Radio host Costas Halavrezos and Newfoundland playwright, comedian and author Berni Stapleton guided the festive event with panache and lots of laughs.

Lenore Zann, Nova Scotia MLA for Truro-Bible Hill, opened the evening with greetings from Percy Paris, Minister of Tourism, Culture, and Heritage, and a personal pledge to champion the province’s culture sector.

Nova Scotia’s Shandi Mitchell was arguably the biggest winner of the evening, taking home both the prestigious Margaret and John Savage First Book Award and the 20th anniversary Thomas Head Raddall Atlantic Fiction Prize for her debut novel Under This Unbroken Sky (Penguin Canada), a devastating but beautifully evocative story of Ukrainian immigrant farmers on the Canadian prairies in the 1930s. Mitchell had just stepped off the plane from New Delhi where she was celebrated as a regional winner (Canada and Caribbean) of the Commonwealth Writers’ Prize for Best First Book. She received her two awards Wednesday night with grace and charm, explaining that she shortened her stay in India because she felt it was important to be part of the celebration in Nova Scotia where her novel began with support from the Writer’s Federation of Nova Scotia and the Province.

SS Atlantic: The White Star Line’s First Disaster at Sea (Goose Lane Editions) was the first double winner of the night. Co-written by Greg Cochkanoff and Bob Chaulk, this comprehensive account of the deadliest shipwreck of the nineteenth century received the Democracy 250 Atlantic Book Award for Historical Writing and the Dartmouth Book Award for Non-fiction. Dartmouth, NS diver Greg Cochkanoff devoted over 20 years to exhaustive research for the book; he died suddenly in 2008, at age 49, having just received notice that New Brunswick’s Goose Lane Editions would publish his book. Cochkanoff’s friend and diving partner, Bob Chaulk, also an author, completed the book. Chaulk was on hand to receive the two awards with Cochkanoff’s window, Anne.

The other nominees for the D250 Award were Raoul R. Andersen and John K. Crellin for Mi’sel Joe: An Aboriginal Chief’s Journey (Flanker Press) and Mike Heffernan for Rig: An Oral History of the Ocean Ranger Disaster (Creative Publishing). Stephen Kimber (IWK: A Century of Caring for Families, Nimbus Publishing) and Anne Murray’s memoir, written with Michael Posner (All of Me, Knopf Canada) were the other two nominees for the Dartmouth Non-fiction award.

Linden MacIntyre’s Giller-winning novel, The Bishop’s Man was further decorated with both the Dartmouth Book Award for Fiction and the Atlantic Independent Booksellers’ Choice Award. MacIntyre, long-time co-host of CBC’s the fifth estate, was on hand to accept his awards, which he did with characteristic eloquence and humility. In acknowledging the assembled talent he stated that, “Atlantic Canada produces some of the finest novelists on the planet.” His fellow nominees for the Dartmouth Fiction award were George Elliott Clarke (I & I, Goose Lane Editions) and Anna Quon (Migration Songs, Invisible Publishing). The other two books that were favoured by independent booksellers in the region were Crummey’s Galore and David Adams Richards’s God Is.: My Search for Faith in a Secular World, both published by Doubleday Canada.

The 33rd Evelyn Richardson Non-fiction Prize, the longest-running writing award in Atlantic Canada, was presented by previous winner Silver Donald Cameron. Coal Black Heart: The Story of Coal and the Lives it Ruled (Doubleday Canada) by Halifax journalist John DeMont uses Nova Scotian mining towns to tell the history of an industry that has dominated the lives of so many. The other nominees for the Richardson were Jason I. Brown (Our Days are Numbered: How Mathematics Orders our Lives, McClelland & Stewart) and past winner Harry Bruce (Page Fright: Foibles and Fetishes of Famous Writers, McClelland & Stewart).

Don Domanski, Governor General’s Award-winning poet, presented the Atlantic Poetry Prize to Tonja Gunvaldsen Klaassen of Halifax for Lean-To (Gaspereau Press), a collection of poems about the nature of both the domestic and the various places that we call home. Her fellow nominees were 2005 Governor General’s award and two-time Atlantic Poetry Prize winner Anne Compton (Asking Questions Indoors and Out, Fitzhenry & Whiteside) and Zach Wells (Track & Trace, Biblioasis), both natives of Prince Edward Island.

It was also the 20th anniversary of the Ann Connor Brimer Award for Children’s Literature, which was presented by Sara Smith, sister of Ann Connor Brimer, to Halifax’s Jill MacLean for The Present Tense of Prinny Murphy (Fitzhenry & Whiteside). A sequel to The Nine Lives of Travis Keating, this novel follows lovable young Prinny as she deals with her mother’s addiction and the school bullies. Also nominated were Valerie Sherrard (Tumbleweed Skies, Fitzhenry & Whiteside) and Darlene Ryan (Five Minutes More, Orca), both of New Brunswick.

Scott A. Keating won the Lillian Shepherd Memorial Award for Excellence in Illustration for What Colour is the Ocean? (Flanker Press; written by Gary Collins with Maggie Rose Parsons). Keating’s art provides a beautiful backdrop through this four-season look at the sea. Presented by Libby Creelman of the Newfoundland and Labrador Department of Tourism, Culture and Recreation, the award was established in memory of Lillian Shepherd, a buyer for Halifax bookstore The Book Room and an enthusiastic supporter of books and writing. Kathy (HildaRose) Kaulbach (Johnny and the Gipsy Moth, Tuckamore Books) and Marie Moore (Cape Breton Wonders, Cape Breton University Press) were the other illustrators nominated for “The Lil.”

The Mayor’s Award for Excellence in Book Illustration was presented to Mike Holmes for This American Drive: An Illustrated Road Trip (Invisible Publishing). Holmes’s artwork is full of charm and wit as it describes his journey from Halifax to Texas.

The Mayor’s Award for Cultural Achievement in Literature went to Trudy Carey. Co-founder and manager for 31 years of Woozles Bookstore (retired) and a dedicated volunteer, Carey’s contribution to reading and literacy in Nova Scotia has been invaluable.

The field guide Birds of Newfoundland by Ian Warkentin and Sandy Newton published by Boulder Publications of Portugal Cove, NL won the APMA Best Atlantic-Published Book Award. Administered by the Atlantic Publishers Marketing Association (APMA), the prize goes to the Atlantic Canadian publisher of the printed book that best exemplifies publishing activity in Atlantic Canada. The prize, sponsored by Friesens Corporation, awards the publisher with $4,000 and the writer with $1,000. Prizes for the runners-up—co-authors David A. Francis and Robert M. Leavitt and publisher, Goose Lane Editions (A Passamaquoddy-Maliseet Dictionary / Peskotomuhkati Wolastoqewi Latuwewakon) and novelist Trudy J. Morgan-Cole and publisher, Breakwater Books (By the Rivers of Brooklyn)—are sponsored by Hignell Book Printing who bestow a $1,000 printing credit to each publisher and $250 to each author. The prize was presented by Doug Symington, Director of Sales at Friesens Corporation.

The 2010 Atlantic Book Awards & Festival continues until Sunday with events in Nova Scotia and New Brunswick. Check www.atlanticbookawards.ca for details.

The 2010 Atlantic Book Awards and Festival gratefully acknowledges the support of the Canada Council for the Arts, who last year invested $6,758,689 in the arts in Atlantic Canada, and the Canada Book Fund of the Department of Canadian Heritage. Sponsors include Advocate Printing, the Atlantic Publishers Marketing Association and Atlantic Books Today, Chapters/Indigo/Coles, The Guardian, The Chronicle Herald, The Telegram, and the Telegraph-Journal.