In a couple of my posts this year, I’ve talked about a book called Black Alley by Mauricio Segura. that I read and quite enjoyed. I’ve talked at length, I think about the plot and merits of the book, and so I’ll try not to repeat that here in this post (you can revisit this earlier post if you want to see that). But I mention the book again, because it got me interested in investigating a literary device that is used in that book – 2nd person narration.

Second person narration is an interesting, yet little used (or less frequently used) narrative voice, where the writing seems to address the reader. Sentences describing action in fiction are most commonly in the first person or the third. Take these, for example, from my hypothetical thriller novel.

First person: I hear a noise behind me—a shuffling of steps—and I wonder how the killer could have found my hiding spot so quickly.

Third person: He hears a noise behind him—a shuffling of steps—and he wonders how the killer could have have found his hiding spot so quickly.

Second person: You hear a noise behind you—a shuffling of steps— and you wonder how the killer could have have found your hiding spot so quickly.

So, the first thing you might have grasped from those sentences is that I probably shouldn’t quit my day job and attempt to become a novelist, but if you can get past that part, you’ll likely notice that each narrative form gives you a slightly different sense of what is happening. The first person tends to heighten the concern for the character, because you are inside their head and you get the sense of knowing them better. The third person tends to distance you somewhat from the character, and place the attention more on the action. The second person does something entirely different. Suddenly you yourself are the character, and you are intensely a part of the story in a whole new way.

I’m immediately taken back to choose-your-own-adventure novels, which I read a tonne of as a kid. The second person was an ideal voice for those stories, which really were trying to create a tale that the reader was fully immersed in. But this isn’t the only use for the second person. It can be—and is—used in much more literary writing than these genre pieces. The plus side of using the 2nd person is the reader involvement it creates, the downside is that many readers find distracting, confusing or just plain annoying. Not surprisingly, novels that successfully employ the second person may be seen as experimental. 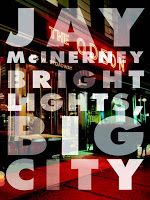 Bright Lights Big City by Jay McInerney: A novel entirely in the second person. The opening chapter of this 1980s novel of life in New York is called “It’s Six A.M. Do you know where you are?” and begins “You are not the kind of guy who would be at a place like this at this time of the morning.” McInerney’s debut is considered a modern classic.

Halting State by Charles Stross: A futuristic crime novel about a bank robbery which takes place in the virtual world.

Half Asleep in Frog Pajamas by Tom Robbins: From the publisher “When the stock market crashes on the Thursday before Easter, you—an ambitious, although ineffectual and not entirely ethical young broker—are convinced that you’re facing the Weekend from Hell.”

If on a Winter’s Night a Traveler by Italo Calvino: Translated from Italian by an important post-modern author, a book that Kirkus magazine describes as being “a book about reading books” and which Wikipedia synopsizes in this way: “This book is about a reader trying to read a book … Every odd-numbered chapter is in the second person, and tells the reader what he is doing in preparation for reading the next chapter. The even-numbered chapters are all single chapters from whichever book the reader is trying to read.” 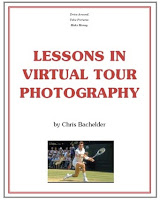 Lessons in Virtual Tour Photography by Chris Bachelder: This McSweeney’s published novel is available only as a PDF download from their website and uses the style of an instruction manual explaining how to properly compose real estate virtual tours, to tell a story about life in modern America. It’s a funny and irreverent novel from an author who has gone on to be known for such types of writing (his other books are Bear v. Shark and U.S.!)

Maps by Nuruddin Farah: Told in a mix of both first, second and third person, this is a gripping novel of life in Somalia as seen through the life of a young orphan. The first in a trilogy.

You are Reading a Book - stories with second person narration
https://haligonia.ca/you-are-reading-a-book-stories-with-second-person-narration-30926/