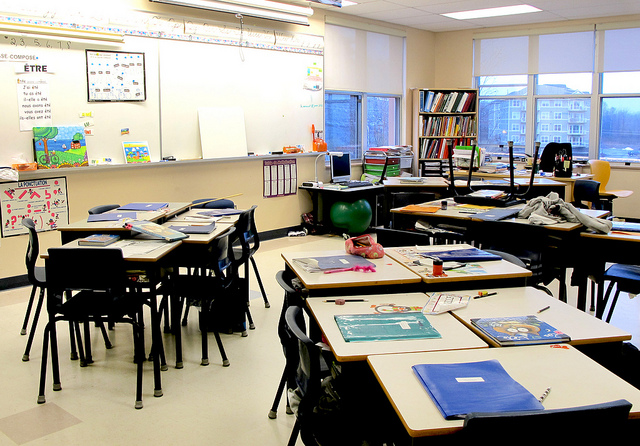 I had the greatest morning yesterday! I spent it here in this grade four classroom. Dianne Levesque, their teacher, asked me if I would help the class with a painting they had to do. Every class in this school is creating a painting to sell at an auction.The funds raised are going to a new playground. Each student, in every class has to have input in the class painting! Dianne saw my work and thought it would be perfect for the class to try. 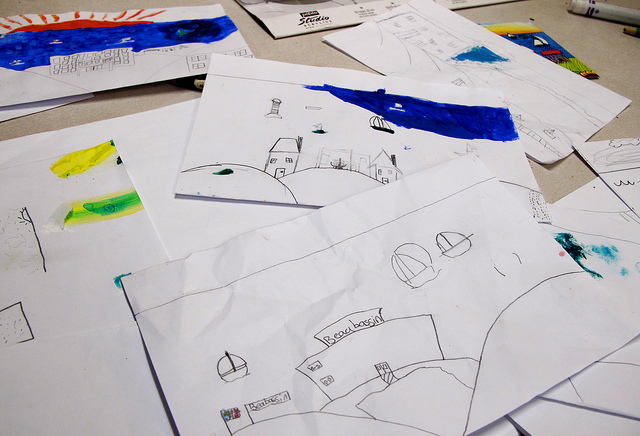 She showed them some of my art and then they all brainstormed. What would they like to put into their painting? Each student did a drawing to practice and they then did some small paintings. 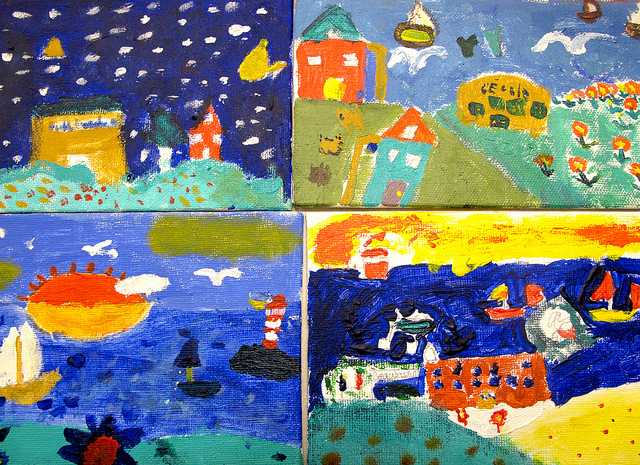 Finally they decided on the elements they wanted in their painting and who would do them. They wanted their school, a playground, three hills, three houses, three trees, five boats and the Bluenose, a lighthouse, a dolphin and a mermaid and flowers! 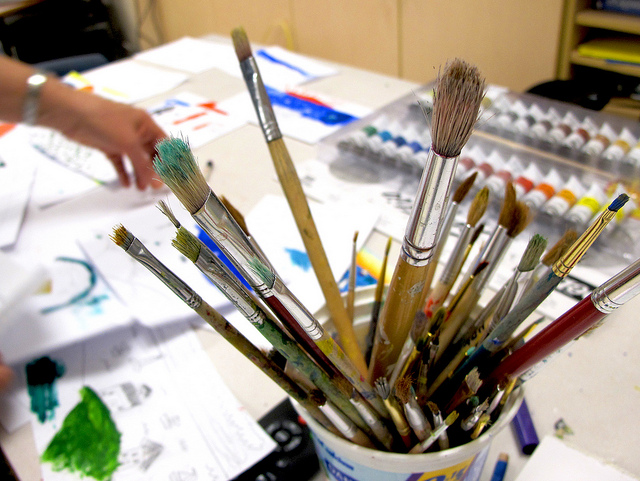 I was so impressed with these children, they were polite and eager and interested and so excited to start work on their masterpiece! 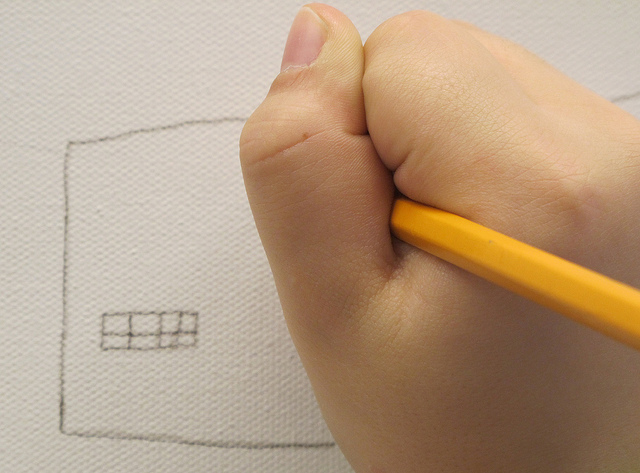 I had to be careful taking pictures of the children so they are all taken from the back. Here the school is being drawn. I drew the horizon and sketched in the hills. Everything else was students! 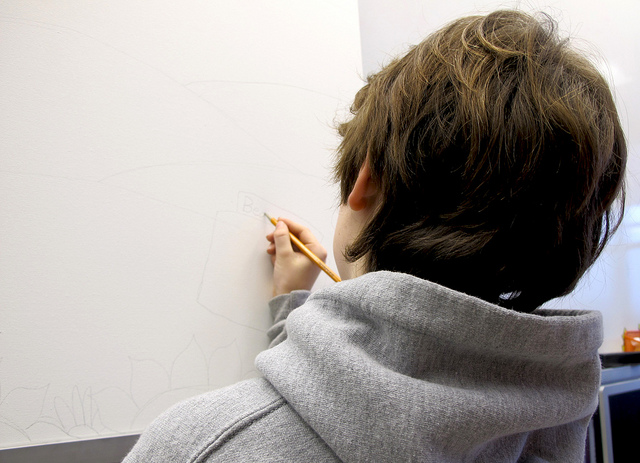 The first thing to be painted was the sun! They each had an element to paint and took turns to do it. The ocean was done by several students:) I helped them with the sky, showed how to blend the colours and use long strokes. 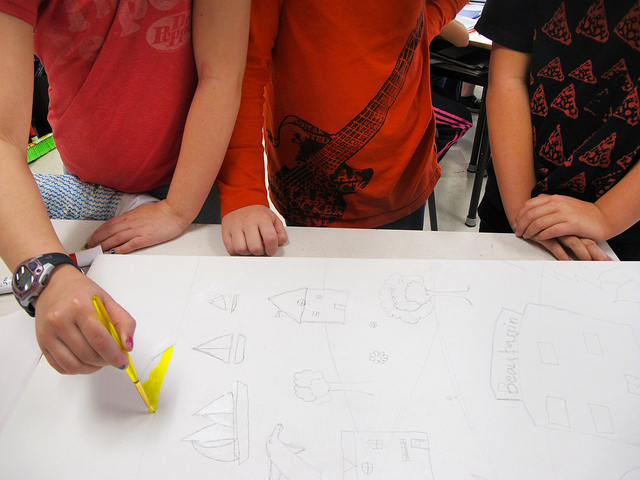 It was very gratiflying to see the co-operation and listen to the conversations as they worked. This is a French school and they were allowed to speak English because I was a special guest. 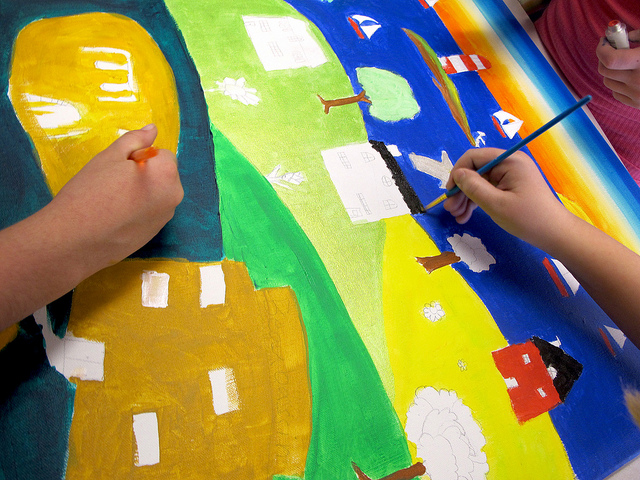 They worked steadily for the entire morning. Taking turns and helping each other. 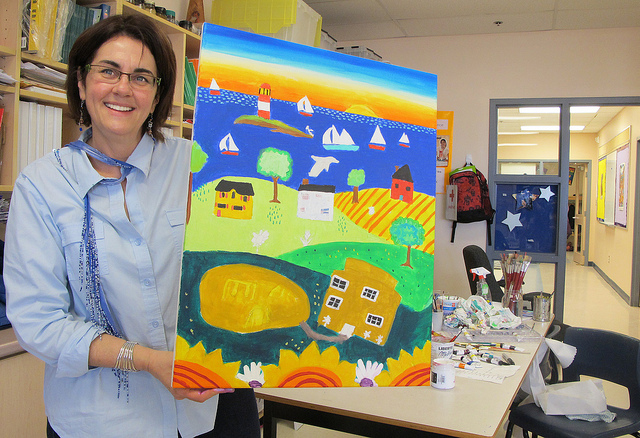 Tadah! The work is almost finished. The children will complete it during the week, putting in the grass strokes,sparkles on the water and other details. I think they did a FANTASTIC job! All of the children said that they hoped their parents would win the auction but I think that Dianne, the teacher has plans for it too:) She is retiring next year! Thanks so much for a wonderful morning:) I went home with lots of hugs and a lovely hand drawn card signed by all the students and some small drawings that were done that morning. Happiness.