L-A: I know. You’re probably wondering if we even bother to write posts anymore. We do – promise! We’ve got some ideas in the cooker, but it’s one of those weeks where we both have a pile of work to dig out from under. And we’ve got a stellar unpaid staff. The timing of this post couldn’t be better since I have a 90s themed party coming up. And you know I love me some 90s nostalgia. My 90s nostalgia is a bit different from Mel’s, but I do feel her on a lot of this. Like the Docs. And the sweatshirt. And the damn platform sneaker (how did I ever think that was a good idea?).

Mel: I am unabashedly a child of the 90s.

My playlist is 90s rock. I love a mixtape. No matter where I am, if California Love comes on, I cannot help but shake it shake it. 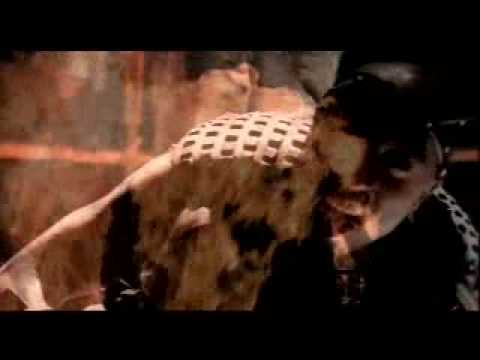 I dare you to try and resist all of that awesome.

Recently I was reflecting upon some of my more questionable fashion choices through the years and the things that I once coveted. Some of these articles of clothing are embarrassing now (see: Northern Getaway). Some of these items I wish I still had (see: totally freaking amazing ox blood red Doc Martens).

So without further adieu, come with me dear reader, on a journey down memory lane and awesome 90s fashion….

Oohh boy. Did I ever think I was the SHIT when I finally got my hands on one of these puppies. The absolute epitome of coolness. I had one in black AND navy blue if I recall correctly. 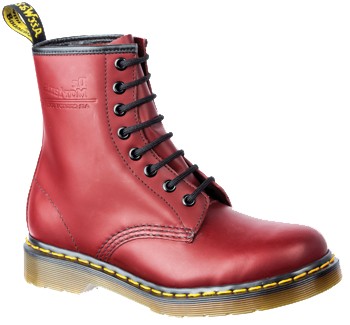 Ok, so, this is going to sound really random and probably kind of sketchy. I’m from a small “town” (it’s officially a village) on the south shore of Nova Scotia. Anyway, for a brief period of time, there was a store there that sold designer stuff, mostly close-outs/end of the line type stuff. One day, while perusing the selection at the local thrift store (which was next door), my mom and I wondered in. It was like the sky parted and the light of heaven itself shined on me in that dingy little store. They had but one pair of Doc Martens. They happened to be in my size. And they were brand new. And only about $60. Yes folks, I met my soul mate in boot form. Do I still have these beauties? Of course not! Why? Because I’m an idiot! 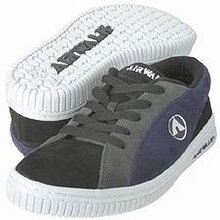 Back before Airwalk went all whatever and ended up being a signature brand for Payless (not that there is anything wrong with Payless. I love the Payless) they used to be THE skate shoe. I had this exact pair. I remember the day my mom made me get rid of them. They literally had holes in the soles and I still have a hole in my soul where these sneakers belong (see what I did there?).

Not all fashion trends leave me nostalgic in a “damnit I wish I still had that because I would wear that now” way. Some were just well… Bad. 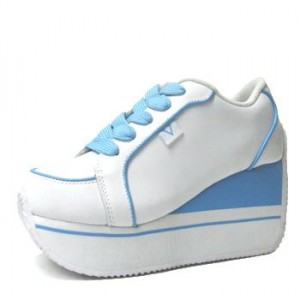 Regard the Spice Girls esque platform sneaker. Back in the day, my school band went on a trip to England (yeah that’s right). We were there right around the time that the Spice Girls were bigger than JC in England, but still pretty unknown across the pond back in Canada. Clearly, platform sneakers were way cooler than anything we had back home, and so 18 girls on the trip came home with some variation of Spice Girl shoes. The first and likely only time in my life I have ever been so fashion forward. My junior high classmates were incredibly jealous, naturally.

And now for something completely different, a fashion indiscretion I can say I never participated in, but was certainly witness to, the tear-away track pant. 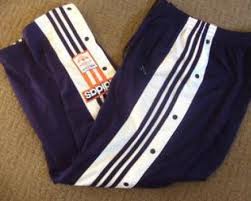 Many a young teenage boy fell victim to an asshole friend tearing their pants off at an inopportune time. Yet, they all still wore them….

And now my friends, for the ugly.

Remember Northern Getaway? I’d rather forget too. But alas…. 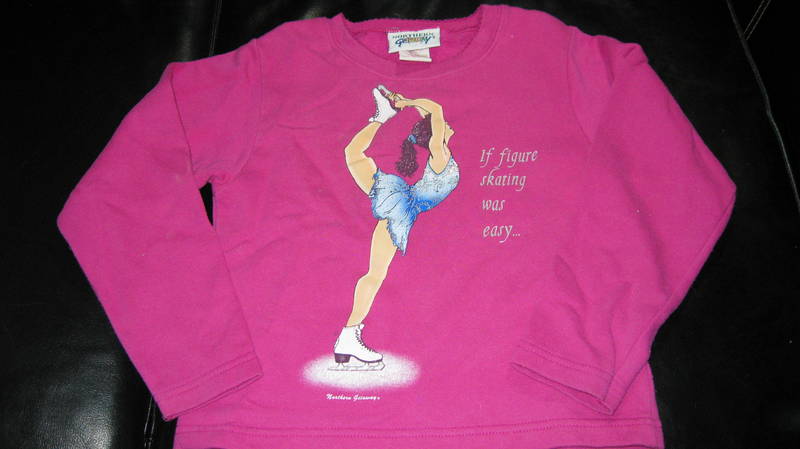 Their entire line featured stuff like this. They were also responsible for such gems as the “Catstreet Boys” and “Mice Girls” (images sadly unavailable.)

I also recall being particularly fond of a smiley face number from NG not unlike this: 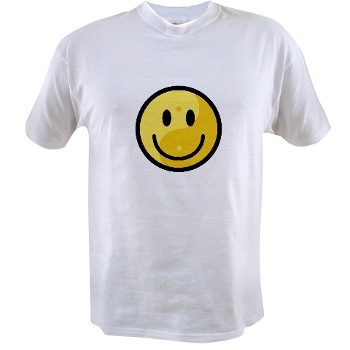 Speaking of gross…Chip and Pepper.  Another trend I was never cool enough to embrace, which I’m kind of thankful for now. Especially looking at these beauties: 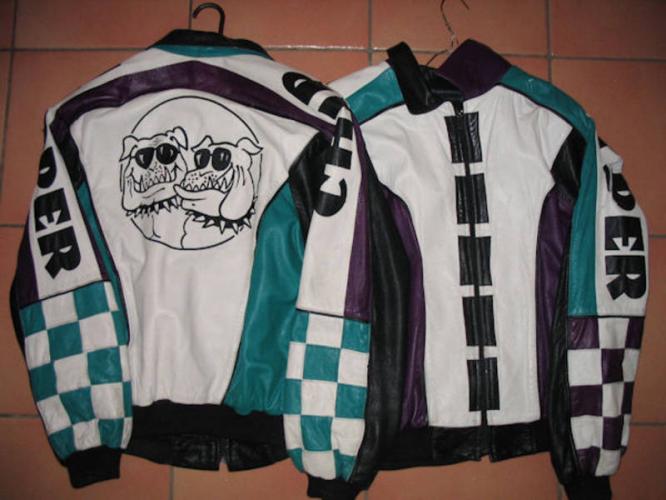 Yikes. There is nothing right about that.

Hilarious/random side note, Chip and Pepper are still going strong (and those are actually their real names), and their clothes are actually cool. 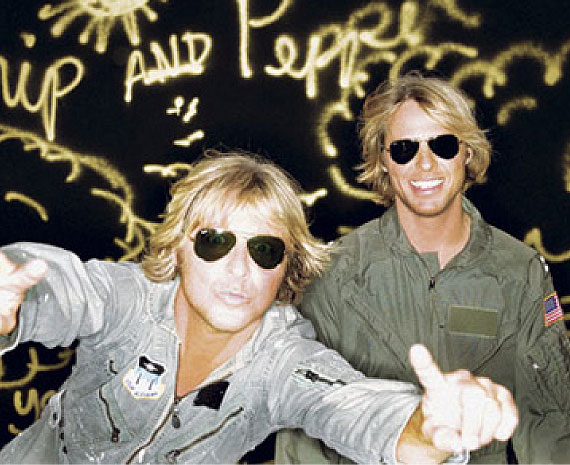 Of course, I’m sure in 20 years time I’ll feel differently.

Anyway. That was a sampling of my tragic 90s wardrobe. What were your coveted items? GAP sweatshirt? OP surf wear? Starter jacket? It’s ok. It was the style at the time.