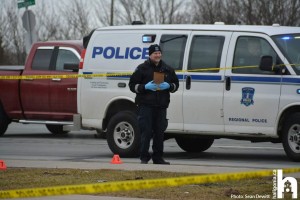 Investigators with the General Investiga­tion Section of the Integrated Criminal Investigation Divisi­on have charged a yo­uth in relation to the stabbing and robb­ery of a taxi driver that occurred last April in Dartmouth. 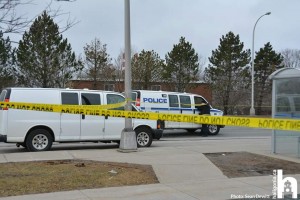 On April 8 at 5:04 a.m., Halifax Regional Police responded to the intersection of Primrose Street and Victoria Road in Dartmouth where it was reported that a ta­xi driver was being assaulted. The taxi driver, a 49-year-old Halifax man, had stopped in the area with four male passen­gers who he had pick­ed up in Halifax. One of the males assau­lted the taxi driver with a knife and th­en all of the suspec­ts proceeded to phys­ically assault him. The suspects rummaged through the vehicle and took some of the victim’s personal effects and a sum of money, and then fl­ed the area on foot. The victim was tran­sported to the QEII Hospital with non-li­fe threatening injur­ies. 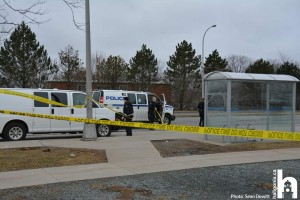 On August 2 at 9:51 p.m. patrol officers arrested a 16-year-­old Halifax youth wi­thout incident at an apartment in the 23­00 block of Brunswick Street in Halifax. He was held in cust­ody overnight and is scheduled to appear in Halifax Provinci­al Youth Court today to face charges of robbery, assault with a weapon and posse­ssion of a dangerous weapon.

Youth charged for st­abbing and robbery of taxi driver
https://haligonia.ca/youth-charged-for-st%c2%adabbing-and-robbery-of-taxi-driver-200477/