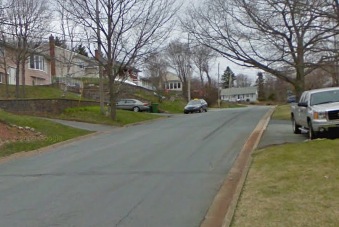 Two  youths walking in the area of Locks Rd/ Lorway Dr. Dartmouth at 9 PM,  were approached by a group of youths unknown to them.  Two of the suspects began to assault one of the other youths taking his PSP game. One of the suspects mentioned he had a gun however none was seen. The two suspects along with the rest of their group who stood off in the distance when the robbery occurred, were last scene walking on Locks Rd toward the Waverley Rd. Matter is still under investigation.
Suspects: 1.white male 16-17 years old, wearing a black sweater and sweat pants. 2. Black male, 16-17 years old, wearing a brown coat

Two youths riding their bikes were approached by another male unknown to them near the 100 block of Clayton Pk Drive at 10 PM The suspect male  threatened to beat them  up if  they didn't turn over their bikes. They drove off when the male began to chase them.  Suspect: white male, 17-20 years old, 5'6"-5'8" tall, thin build, wearing a black & white bandana, baggy black & gold hoodie and jeans.