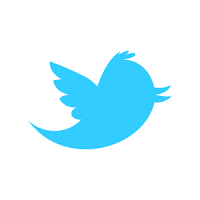 A recent post on the website of Poets and Writers magazine offered up a great list of Twitter feeds for fans of books and writing. I pretty quickly started to follow all of the ones that I wasn’t already following, but I just as quickly noticed a gap in their list that I thought would be of interest to The Reader readers. To use a music term: CanCon, ie. Canadian Content.

Who are the Canadian folks who are offering up “engaging, entertaining tweets that will keep you updated on all things literary”? A lot of these Twitter feeds are linked to blogs and websites, so even if you don’t tweet, there is still something here for you.

Before you get to my quickly compiled list I’ll brief you on my rough selection rules. I wanted people who were largely tweeting about Canadian writing (as opposed to people who happen to be Canadian themselves, but don’t focus on Canadian stuff). I also largely excluded people like publishers, book stores, book awards when they mostly seem to only tweet about their own publishing, stores and awards. Also, there were a few folks I knew about who don’t seem to Tweet all that frequently, or haven’t in a long while, so I didn’t include them either.

It was harder than I thought. There are lots of great Canadian folks, companies and institutions who are on Twitter posting interesting information: but there weren’t a lot that fit all three of my criteria. I’m sure there are more to add, and mine is probably a bit weighted in favour of eastern Canadian content. Feel free to help us balance out the list, and give your fellow readers some more folks to follow by include your favourite Canadian tweeps in the comments field below.

@abtmagazine: “ABT is the magazine about books in Atlantic Canada with all the latest news, feature stories, excerpts, reviews and more!” And of course, there is also the website.

@adventbookblog: Okay this one is seasonal, and not exclusively Canadian, but worth making note of, especially if you are the sort of person who likes to give literature as gifts. Year round though the corresponding blog is a great source for information about Canadian Literature.

@bookmadam: I only know Julie Wilson through her twitter presence, but she always has great things to say about books in general, Canadian books in particular, and sometimes happenings in Toronto. And she also has a blog.

@brickbooks: poetry focused tweets from the Canadian magazine that’s been “publishing new and established voices in Canadian poetry since 1975.”

@cbcbooks: I feel like this one doesn’t need much explanations. It’s the CBC and it’s books: what more do you need?

@cdnbookshelf: Their twitter bio says to “think of us as an evolving virtual library-meets-community-bookstore stuffed to the rafters with Canadian books.” They are also tied to a pretty neato website.

@GillerPrize: Twitter updates from the Canadian fiction prize of the same name. In the lead up to the prizes there is lots of prize focused talk, but they are posting about Canadian writing year round.

@globebooks: Feed from the Globe and Mail books section, mostly to their own stories. Sometimes Canadian, sometimes not. 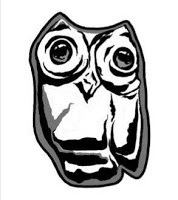 @HouseofAnansi: The feed from Canadian publisher Anansi. There’s lots about Anansi authors, but a significant amount about non-Anansi books, publishing events and awards.

@MargaretAtwood: Yes, it really is her.

@NimbusPub: Like many Canadian publishers, Nimbus uses twitter to promote largely their own books (and why not!), but I include them here for their dedicated use of the #eastcoastreads to get folks talking about Atlantic Canadian books in general.

@npbooks: Twitter feed from the National Post’s book blog The Afterword. Tweets mostly to National Post content, and not exclusively Canadian, but lots of interest for Canadian readers.

@quillandquire: “Quill & Quire is the must-read for the Canadian book industry.” Reviews, industry news and a weekly tweet about literary events happening across Canada.

@saltyink: A Spotlight on Atlantic Canadian Writers from Chad Pelley creator of the website of the same name.

@SeenReading: I had a conversation with a friend once about whether this feed is creepy or cool. “Literary voyeurs” tweet about what they see people reading in public. Because a lot of the voyeurs are Canadian, there are lots of Canadian books spotted: and there’s a blog. (For the record: I voted cool.)

@writerstrust: “The Writers’ Trust of Canada is a national charitable organization providing a level of support to writers unmatched by any other non-governmental organization.” Unsurprisingly they talk lots about Canadian books and writers.

And of course, a moment for blatant self promotion – you can follow The Reader on twitter too. We’re at @halifaxreader. We tweet a daily link to our blog post, plus other bits and pieces about local reading events, book news and all sorts of stuff.