It’s that time of year again when people around the world start thinking about setting goals and trying to alter their lives for the better. I’m not one for new year’s resolutions. That being said, I hope to accomplish some big things in 2010. Why this year? Call me superstitious but it’s my year. No, really, it is. You see, according to the Lunar Calendar, as of February 14 it will be the year of the tiger (which comes every 12 years). That’s my sign. My year. More on that and my superstitious push to make this a year to remember in another post though. 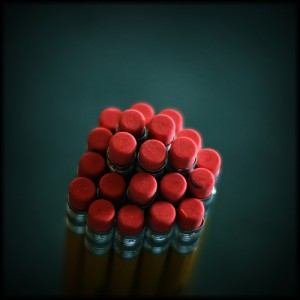 One of the projects I’ve been slowly plugging away at in the past year is: a novel.

There, I said it.

More on that later also. Maybe. I don’t know if I’ll be as brave as @inspiredeggs and post any of it while it’s still in first draft. But do go over to his site and show your support of his creative writing endeavour.

The problem is, I’ve been feeling stretched for time due to other commitments. What that means is there are going to be some changes made to this blog. I’m going to be posting here much less in 2010.

But that doesn’t mean I’m going to let the blog or the soul of it wither away. You see, this is where you come in. Since I started this blog in 2009, I’ve been running a series called East Coast Guest Posts. That’s where people from all around the East Coast write about things that matter to them. I’m going to continue with the series but rather than do a week-long blitz of entries every month or so, they’re going to be spread out along with my weekly posts.

For the next year, I’m sharing my blog with you. Are you East Coast By Choice? Were you at one point but you moved away and wished you hadn’t? What are the things you love about living here? What would you like to change?

This is an open call for submissions. I’m looking for posts of about 400 words in length. If you’ve got pics, great. Otherwise I’ll find Creative Commons licensed images from Flickr. I also need a short bio and will link to your site/blog.

Interested? E-mail me at kimberly.aliasgrace [at] gmail [dot] com and let’s talk.