The Crime Writers Association has been recognizing excellent crime writing since 1955. The awards, the Daggers, are highly coveted prizes. This years winners include:

“Piet Hoffman is the best undercover operative in the Swedish police force, but only one other man is even aware of his existence. When a drug deal he is involved in goes badly wrong, he is faced with the hardest mission of his life: to infiltrate Sweden’s most infamous maximum security prison. Detective Inspector Ewert Grens is charged with investigating the drug-related killing. Unaware of Hoffman’s real identity, he believes himself to be on the trail of a dangerous psychopath. But he cannot escape the feeling that vital information pertaining to the case has been withheld or manipulated. Hoffman has his insurance: wiretap recordings that implicate some of Sweden’s most prominent politicians in a corrupt conspiracy. But in Ewert Grens they might just have found the perfect weapon to eliminate him…” publisher

The Killer of Little Shepherds
by Douglas Starr

“At the end of the nineteenth century, serial murderer Joseph Vacher, known and feared as “The Killer of Little Shepherds,” terrorized the French countryside. He eluded authorities for years—until he ran up against prosecutor Emile Fourquet and Dr. Alexandre Lacassagne, the era’s most renowned criminologist. The two men—intelligent and bold—typified the Belle Époque, a period of immense scientific achievement and fascination with science’s promise to reveal the secrets of the human condition.” publisher 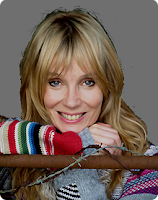 CWA’s Dagger in the Library which “recognizes the quality of a writer’s entire body of work” was awarded to Mo Hayder.

The remaining Dagger Awards will be announced on October 7th.