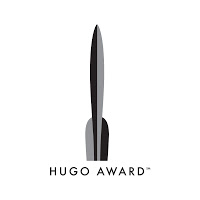 The nominees for the 2012 Hugo Awards have been announced and will be voted on by science fiction and fantasy fans with voting closing in July and the winner announced at the 2012 Worldcon which will be held in late summer. This award recognizes excellence in science fiction and fantasy writing and covers a large number of categories. Last year’s winner for Best Novel was Blackout (M) and All Clear (M) by Connie Willis.

Best Novel
Among Others (M)
by Jo Walton

“Startling, unusual, and irresistibly readable, Among Others is at once the compelling story of a young woman struggling to escape a troubled childhood, a brilliant diary of first encounters with the great novels of modern fantasy and science fiction, and a spellbinding tale of escape from ancient enchantment. As a child growing up in Wales, Morwenna played among the spirits who made their homes in industrial ruins. But her mind found freedom in the science fiction novels that were her closest companions. When her half-mad mother tried to bend the spirits to dark ends, Mori was forced to confront her in a magical battle that left her crippled—and her twin sister dead. Fleeing to a father whom she barely knew, Mori was sent to boarding school in England—a place all but devoid of true magic. There, she tempted fate by doing magic herself, in an attempt to find a circle of like-minded friends. But her magic also drew the attention of her mother, bringing about a reckoning that could no longer be put off….Combining elements of autobiography with flights of imagination, this is a stunning new novel by an author whose genius has already been hailed by dozens of her peers.” publisher
A Dance with Dragons (M)
by George R.R. Martin

“In the aftermath of a colossal battle, the future of the Seven Kingdoms hangs in the balance—beset by newly emerging threats from every direction. In the east, Daenerys Targaryen, the last scion of House Targaryen, rules with her three dragons as queen of a city built on dust and death. But Daenerys has thousands of enemies, and many have set out to find her. As they gather, one young man embarks upon his own quest for the queen, with an entirely different goal in mind. Fleeing from Westeros with a price on his head, Tyrion Lannister, too, is making his way to Daenerys. But his newest allies in this quest are not the rag-tag band they seem, and at their heart lies one who could undo Daenerys’s claim to Westeros forever. Meanwhile, to the north lies the mammoth Wall of ice and stone—a structure only as strong as those guarding it. There, Jon Snow, 998th Lord Commander of the Night’s Watch, will face his greatest challenge. For he has powerful foes not only within the Watch but also beyond, in the land of the creatures of ice. From all corners, bitter conflicts reignite, intimate betrayals are perpetrated, and a grand cast of outlaws and priests, soldiers and skinchangers, nobles and slaves, will face seemingly insurmountable obstacles. Some will fail, others will grow in the strength of darkness. But in a time of rising restlessness, the tides of destiny and politics will lead inevitably to the greatest dance of all.” publisher
Deadline (M)
by Mira Grant
“

Shaun Mason is a man without a mission. Not even running the news organization he built with his sister has the same urgency as it used to. Playing with dead things just doesn’t seem as fun when you’ve lost as much as he has. But when a CDC researcher fakes her own death and appears on his doorstep with a ravenous pack of zombies in tow, Shaun has a newfound interest in life. Because she brings news-he may have put down the monster who attacked them, but the conspiracy is far from dead. Now, Shaun hits the road to find what truth can be found at the end of a shotgun. ” publisher
Embassytown (M)
by China Mieville

“China Miéville doesn’t follow trends, he sets them. Relentlessly pushing his own boundaries as a writer—and in the process expanding the boundaries of the entire field—with Embassytown, Miéville has crafted an extraordinary novel that is not only a moving personal drama but a gripping adventure of alien contact and war.
In the far future, humans have colonized a distant planet, home to the enigmatic Ariekei, sentient beings famed for a language unique in the universe, one that only a few altered human ambassadors can speak. Avice Benner Cho, a human colonist, has returned to Embassytown after years of deep-space adventure. She cannot speak the Ariekei tongue, but she is an indelible part of it, having long ago been made a figure of speech, a living simile in their language. When distant political machinations deliver a new ambassador to Arieka, the fragile equilibrium between humans and aliens is violently upset. Catastrophe looms, and Avice is torn between competing loyalties—to a husband she no longer loves, to a system she no longer trusts, and to her place in a language she cannot speak yet speaks through her. ” publisher
Leviathan Wakes (M)
by James S.A. Corey

“Humanity has colonized the solar system – Mars, the Moon, the Asteroid Belt and beyond – but the stars are still out of our reach. Jim Holden is XO of an ice miner making runs from the rings of Saturn to the mining stations of the Belt. When he and his crew stumble upon a derelict ship, The Scopuli, they find themselves in possession of a secret they never wanted. A secret that someone is willing to kill for – and kill on a scale unfathomable to Jim and his crew. War is brewing in the system unless he can find out who left the ship and why. Detective Miller is looking for a girl. One girl in a system of billions, but her parents have money and money talks. When the trail leads him to The Scopuli and rebel sympathizer Holden, he realizes that this girl may be the key to everything. Holden and Miller must thread the needle between the Earth government, the Outer Planet revolutionaries, and secretive corporations – and the odds are against them. But out in the Belt, the rules are different, and one small ship can change the fate of the universe. ” publisher