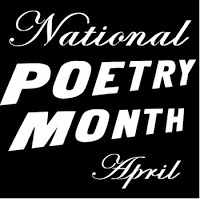 “This lively first collection, often both creepy and hilarious, serves up an image-laden universe – the sideshow we call home – where contortionists, womanizing ventriloquist dummies, and pickled sharks compete with the everyday for the mark’s hard-earned buck. Jaime Forsythe’s poetry is loaded with wit, mystery, surprise, and breathtaking juxtapositions – it’s a contemporary inventory of pop culture and human experience that proves the wacky and the poignant can share a seat in the same roller-coaster of a stanza.” – publisher
Holler (M)
by Alice Burdick

“In her follow-up to 2008’s Flutter, former big-city-dweller Alice Burdick explores nature and the small town, taking a cue from children learning their voices: “All I see are trucks, / trucks and ducks.” With a blend of playful narrative and an Ashberyesque collage approach, Burdick paints a portrait of our world as one of continuous wonder, and full of relationships-between people, and between people and things-that never die but continually transform, even in death.” – publisher
Hydrologos (M)
by Warren Heiti

“Hydrologos is one long poem composed in five suites and a coda, and spoken through masks. It is a poem about a specific passion, the one that always follows love: sorrow. At the poem’s centre is the original lyric elegy, the myth of Orpheus, but re-imagined from the perspective of Eurydike. What happens to a human being under the geologic pressure of passion? – One calls out, and the world’s response is silence. The work of sorrowing, one learns, is the work – the endless work – of listening, by which the listener is changed.” – publisher

“Anita Lahey’s second collection, Spinning Side Kick ,is a hard-knuckled look at the other half. These lively poems mix a girl-about-town cockiness with an all-too-rare emotional honesty about men, love, and relationships. Whether the subject is a one-man chimney demolition, the lifelong fidelity of seahorses, a lover at war in Afghanistan or a kickboxing match, Lahey confronts the enduring disconnect between the sexes in a language that is slangy and quick, punctuated with jabs. She eyes those moments–in a day, in a life–when the normal clues we rely on disappear, shifting the line between domesticity and danger. In Spinning Side Kick , a talented poet returns with sharper aim.” – publisher