“Through their talents, dedication and hard work, these inspiring men and women reached amazing heights in their careers and areas of expertise,” said Premier McNeil. “Their accomplishments and legacies have made our province a better place – this is truly a fitting honour for them.”

The 2013 Order of Nova Scotia recipients are:

— Eldon Thomas George, Parrsboro: Eldon George made international news when he discovered the world’s smallest dinosaur footprints along the shores of the Bay of Fundy. His lifelong passion for fossil collecting and rare finds have brought world experts to Nova Scotia. Born and raised in Parrsboro, his passion for fossils and minerals led him to become an expert in semi-precious stones. He was a founding member of the Nova Scotia Mineral and Gem Society and the founder of the Rockhound Roundup, one of the oldest mineral shows in Canada. His expertise is recognized internationally, promoting Nova Scotia as a destination rich in geological history.

— Fred George, Halifax: Fred George is a successful businessman and recognized as one of Canada’s greatest philanthropists.
He grew his Halifax mining company into the largest gold and silver producer in Mexico and is listed among Canada’s top 10 CEOs. He frequently lectures to university business students, sharing his experience and vision and was recognized with the Fred George Leadership Course at St. Francis Xavier University. Fred George supports many causes, giving generously of his time and knowledge. He is a long supporter of the navy, veterans and military families and was appointed as an honorary Captain of the Royal Canadian Navy for his dedication. He has travelled with Canada’s military leaders to Afghanistan to support the men and women in uniform. He was also invited by former U.S. President Bill Clinton to sit on the Clinton Foundation board.

— Cecil Edwin Kinley, Halifax: Dr. Kinley is a pioneering cardiovascular surgeon and scientist. Born in Halifax, he studied medicine at Dalhousie University and was instrumental in setting up one of the premiere cardiac surgical programs in the country. His team started the Cardiac Surgery Program at the IWK Children’s Hospital and adult cardiac surgery at the Victoria General Hospital. He has performed several groundbreaking surgeries and developed training programs for surgeons, intensive care nurses and respiratory therapists. Active in the community, he established Soccer Nova Scotia and served as its first president. He also served in the Royal Canadian Naval Reserve, retiring as Surgeon Lieutenant. In 1997, Dr. Kinley was elected to the Nova Scotia House of Assembly and sat as a Member of the Legislature for the former riding of Halifax Citadel until 1998.

— Raylene Marguerite Rankin (Anderson), Halifax (posthumous): Raylene Rankin was born into a large, musical Cape Breton family. After graduating from Dalhousie Law School in 1987, and being admitted to the Bar in 1988, she released The Rankin Family album with four of her siblings in 1989. This launched the musical group beyond Cape Breton and allowed her to become a full-time singer and songwriter who toured extensively with her family, performing to audiences around the world. The group sold over two million records and won dozens of awards, including six JUNOs and an ECMA Lifetime Achievement Award. Throughout her life, she was a proud ambassador of Nova Scotia and its Gaelic language and culture.

— Hetty (Hendrika) Margaretha van Gurp, Halifax: Ms. van Gurp is an internationally recognized peace educator with a lifelong commitment to teaching and justice. After the death of her son, who was thrown violently to the ground by a larger student, she began to teach her students about peace, becoming a peace and mediation specialist. In 1998, she founded the League of Peaceful Schools in Nova Scotia, which evolved into Peaceful Schools International. Ms. van Gurp has served on Canada’s Human Rights Tribunal Panel. She is the author of four books for educators. Her work is featured on a National Film Board documentary called Teaching Peace in a Time of War. She has received numerous awards, including the “Me to We” Award from Free the Children, and was named a Canadian hero by Time Magazine and Reader’s Digest.

The recipients were selected by the Order of Nova Scotia Advisory Council from 100 nominations.

The 2013 recipients will be recognized at the 12th investiture ceremony on Nov. 27 at Government House in Halifax.

The Order of Nova Scotia was established in June 2001 and is the highest honour bestowed by the province. Recipients have the right to use the initials O.N.S. after their names. 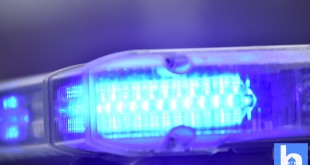 Police have charged a man for a robbery that occurred this weekend in Halifax.