It shouldn’t be too surprising that will all the scandal surrounding Toronto Mayor Rob Ford in the last few months, that we’d see a political commentary hitting the book shelves so soon into 2014.

“Toronto Star reporter Robyn Doolittle was one of three journalists to view the video and report on its contents in May 2013. Her dogged pursuit of the story has uncovered disturbing details about the mayor’s past, and embroiled the Toronto police, city councillors, and ordinary citizens in a raucous debate about the future of the city. Even before those explosive events, Ford was a divisive figure. A populist and successful city councillor, he was an underdog to become mayor in 2010. His politics and mercurial nature have split the amalgamated city in two. But there is far more to the story. The Ford family has a long, unhappy history of substance abuse and criminal behaviour. Despite their troubles, they are also one of the most ambitious families in Canada. Those close to the Fords say they often compare themselves to the Kennedys and believe they were born to lead. Doolittle says that regardless of whether the mayor survives the current crack-cocaine scandal, the Ford name will be on the ballot in the mayoralty election in 2014. Fast paced and insightful, Crazy Town is a page-turning portrait of a troubled man, a formidable family, and a city caught in an astonishing scandal.” 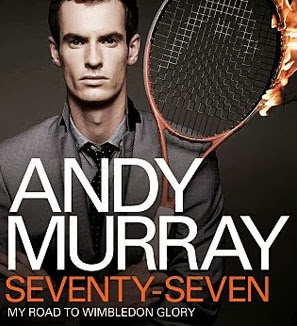 Everyone loves an underdog, Andy Murray may be one of this century’s most successful underdogs, but he finally has achieved the goal of being the first Brit to win Wimbeldon in 77 years. “Andy Murray is one of Britain’s best loved athletes. On the 7th July 2013 he became the first British man to lift the Wimbledon trophy for 77 years. His new book, Andy Murray: Seventy-Seven, will take us on a personal journey through his career. Focusing on the last two dramatic years, he will share with us his thoughts on the pivotal moments of his playing career and allow us a glimpse into his world – his intense training regime, his close-knit team and his mental and physical battle to get to the very top. This beautiful and very personal book will be a stunning celebration of Andy’s career so far.”

How to Be Danish: a journey to the cultural heart of Denmark (M)
by Patrick Kingsley (February 4)

I’ve been obsessed with watching the Danish political drama series Borgen of late, but I’m not alone it seems in my interest in all things Danish. “Denmark is the country of the moment. Recently named the happiest nation in the world, it’s the home of The Killing and Noma, the world’s best (and most eccentric) restaurant. We wear their sweaters, watch their thrillers, and covet their cool modern design, but how much do we really know about the Danes themselves? Part reportage, part travelogue, How to Be Danish fills in the gaps—an introduction to contemporary Danish culture that spans politics, television, food, architecture, and design.”

More politics this month, but a different spin. “Hillary Clinton’s surprising defeat in the 2008 Democratic primary brought her to the nadir of her political career, vanquished by a much younger opponent whose message of change and cutting-edge tech team ran circles around her stodgy campaign. And yet, six years later, she has reemerged as an even more powerful and influential figure, a formidable stateswoman and the presumed front-runner for the 2016 Democratic presidential nomination, marking one of the great political comebacks in history. The story of Hillary’s phoenixlike rise is at the heart of HRC, a riveting political biography that journeys into the heart of “Hillaryland” to discover a brilliant strategist at work… HRC offers a rare look inside the merciless Clinton political machine, as Bill Clinton handled the messy business of avenging Hillary’s primary loss while she tried to remain above the partisan fray. Exploring her friendships and alliances with Robert Gates, David Petraeus, Leon Panetta, Joe Biden, and the president himself, Allen and Parnes show how Hillary fundamentally transformed the State Department through the force of her celebrity and her unparalleled knowledge of how power works in Washington. Filled with deep reporting and immersive storytelling, this remarkable portrait of the most important female politician in American history is an essential inside look at the woman who may be our next president.”

4 Nonfiction Titles to Look for In February
https://haligonia.ca/4-nonfiction-titles-to-look-for-in-february-89118/