Facebook launched February 4th, 2004 and is celebrating it’s 10th birthday. Without Facebook it would take soooo long to share information about our vacations, accomplishments and cats, not to mention the fact that we would have surely missed these fine novels.

Notes from the Internet Apocalypse
by Wayne Gladstone (M)

“When the Internet suddenly stops working, society reels from the loss of flowing data and streaming entertainment. Addicts wander the streets talking to themselves in 140 characters or forcing cats to perform tricks for their amusement, while the truly desperate pin their requests for casual encounters on public bulletin boards. The economy tumbles and the government passes the draconian NET Recovery Act.” publisher

“Alternately surreal, funny, ominous, and lyrical, Lou Beach’s 420 Characters offers an experience as dazzling as any in contemporary fiction. Revealing worlds of meaning in single paragraphs, these crystalline miniature stories that began as Facebook status updates mark a new turn in an acclaimed artist and illustrator’s career.” publisher

“The murder of Krista Carmichael’s fourteen-year-old sister by an online predator has shaken her faith and made her question God’s justice and protection. Desperate to find the killer, she creates More…an online persona to bait the predator. But when the stalker turns his sights on her, will Krista be able to control the outcome? Ryan Adkins started the social network GrapeVyne in his college dorm and has grown it into a billion-dollar corporation. But he never expected it to become a stalking ground for online Predators.” publisher

Save as Draft: a novel
by Cavanaugh Lee (M) 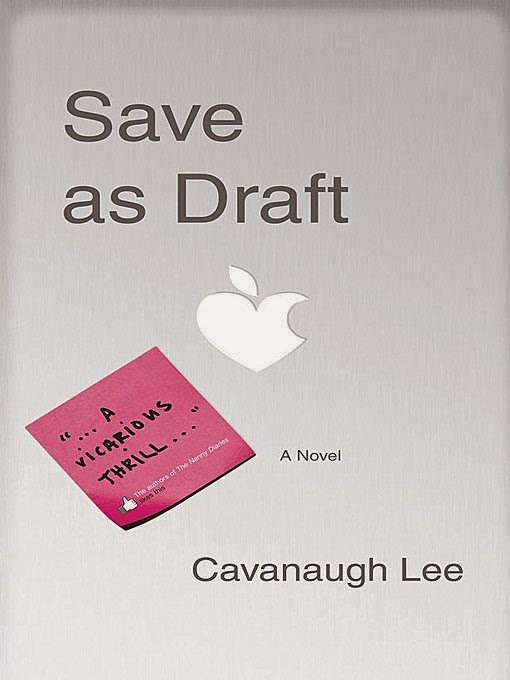 “A love triangle evolving over e-mails, texts, and Facebook messages that makes you wonder if the things we leave unsaid–or rather unsent–could change the story of our lives.” back cover