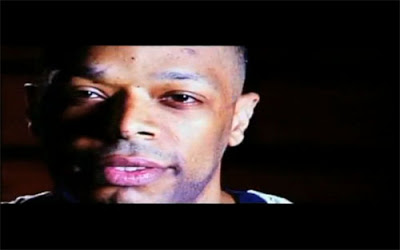 When John Strickland first came to Halifax; as a basketball fan, you only saw a basketball journeyman in his mid-thirties who was a bit of a goofball on the court.  He’d have some funny antics on the court, putting up goggles when he made a nice assist and sometimes you’d see him look at his left hand, then his right hand and then back to his left hand if he made a nice layup.  No one in Halifax really knew who he was when he first joined the Rainmen, a lot of us Rainmen fans just saw a minor league basketball player who was past his prime.  We later discovered he was more than just that.

I didn’t know John Strickland personally, I just knew him for the 48 minutes he was either on the court or on the bench for the Halifax Rainmen.  I’m a basketball fan, and the sport is my entertainment.  John Strickland entertained.  The more I got to watch him play with the Rainmen, the more I realized how much this dude put in work.  Sure he had his faults on the court: he was a bit slow, could barely make his free throws, talked a lot to the refs, talked a lot to the opposing coach and talked a lot to whomever he was guarding, but the guy grew on you.  He was a showman and the basketball court was his stage.  The guy rebounded, defended and was a leader on the floor for the Rainmen.  You would always see Strick supporting his teammates after every play, taking guys aside to give advice. You could tell that every player who stepped on the court with him, respected him.  The more you watched him play, the more you realized how much this guy loved playing the sport of basketball.

When I first looked at last season’s Halifax Rainmen roster, I saw about 8-10 guys on the list whose hometown was somewhere in New York.  I was surprised.  How did all these New Yorkers end up playing for the Halifax Rainmen?  I did a few Q and A’s with some of the Rainmen players, and came to find out that one of the main reasons a lot of these guys got these playing opportunities was through John Strickland.  This guy was someone that a lot of the young basketball players in New York looked up to and got advice from.  This was just another side of John Strickland that I had never known as a Rainmen fan.  On top of that, I also found out that this minor league veteran who I was watching on the basketball court was a streetball legend back in New York and was known as “The Franchise”.  So for the two seasons that I saw him play in Halifax where he put a lot of smiles on people’s faces, both young and old,  he was also doing the same thing in New York and around the world for many years before that. 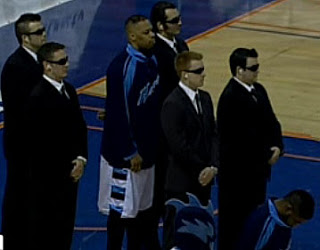 It didn’t take long for Strick to make an impression in Halifax.  He quickly went from this ol’ vet on the Rainmen to someone who really made his presence felt here in the city.  So much so, that the crowd would chant “MVP, MVP, MVP” every time he set foot on the court.  The dude averaged 5.0 points per game for the Rainmen last season, I repeat..5.0 POINTS PER GAME.  It was crazy. The guy put his heart and soul on the floor and the Halifax fans appreciated that.  He entertained us and we enjoyed every minute.  Once the game was over, he didn’t stop, he would go to the stands and talk to fans after the game,  he joked with the kids and continued to put smiles on people’s faces.

Now that he’s passed, I realize that this guy who I watched at the Halifax Metro Centre has had a huge impact not only in Halifax but all over the basketball world.  Twitter is a crazy thing. I’ve seen tweets from former teammates Corey Underwood and Glen Dandridge, Halifax Rainmen Desmond Ferguson, the Boston Celtics’ Nate Robinson, Fat Joe, SLAM Magazine, DJ Clue, and even Lebron James paying their respects to John Strickland.  He was a bigger dude than some Halifax hoops fans even knew about and he will be missed in this city.

If you’ve ever watched John Strickland on the basketball court, just think of how many times the guy put a smile on your face.