1. The House at Sea’s End
by Elly Griffiths

The third installment in this superior series features Ruth Galloway, a forensic pathologist who lives and works in Norfolk, England. The protagonist — now a single mother — is very likable, with just enough flaws to make her interesting. The cases she works on are thought provoking and the policeman she consults with adds just enough of a romantic spark to keep the subject matter from becoming overwhelming.

2. Bury Your Dead
by Louise Penny

The sixth installment in my absolute favorite Canadian mystery series. Chief Inspector Gamache, his minions and the folk who reside in Three Pines, Quebec have over the course of the previous five titles become my friends. Friends that I can hardly wait to revisit. “Bury your dead” has won the Arthur Ellis for Best Crime Novel in Canada! No surprise to this reader! 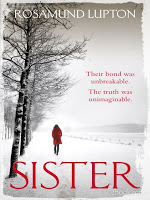 This debut novel has been recommended to me by at least three of my friends. Always anxious to try a new novelist, it sounds just the type of novel I prefer. A psychological thriller, “Sister” has been chosen by Oprah’s magazine O for its Summer 2011 Reading List so I am now adding it to mine…

4. The Bird Sisters
by Rebecca Rasmussen

I love to try first time novelists and this one intrigued me. It is the story of two elderly sisters living in Wisconsin who have spent their lives nursing people and birds back to health. A heartbreaking yet hopeful debut novel which chronicles the terrible toll of sacrifice through the reminiscences of the two sisters.

This debut novel is the first book in a new series set in western Sweden that has been compared to the Wallander novels of Henning Mankell. I have been reading quite a bit of Swedish fiction lately and I am rarely disappointed with the quality overall. The protagonist in this series is policeman, Inspector Christian Tell (described as strong and introspective)and the secondary character is Seja Lundberg, a journalism student. Together they investigate a brutal murder. Sounds like a good, solid police procedural.

Reading outside on a lovely summer’s day is one of life’s true pleasures.

5 Books I want to Read this Summer - Lynne's Picks
https://haligonia.ca/5-books-i-want-to-read-this-summer-lynnes-picks-39657/