September this year is rich with exciting new releases: so much so that it was difficult to pick just 5 for this post. We’ve already had a few posts focusing on Canadian fiction which highlighted releases from both big names and up-and-coming authors (you can look for other September releases there); lucky, or else this post could have gone on forever. Even with those CanLit posts, we still needed to narrow the pack of books highlighted here: so here are five first novels to keep your eye out for this month.

All quotes from publishers unless otherwise indicated.

The Taker
by Alma Katsu (September 6): 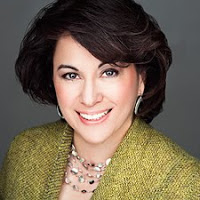 A first novel that skips between present day and 19th century Maine and that seems fit into the growing trend of popular Gothic novels that are hitting the shelves these days. In a small town emergency room, a modern day doctor is drawn to a patient that arrives escorted by police. The story she recounts is one of “enduring love and consummate betrayal that transcends time and mortality.”

Those Across the River
by Christopher Buehlman (September 6). 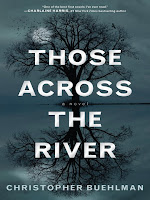 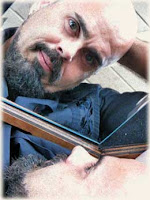 Horror fans take note of this debut novel. “Failed academic Frank Nichols and his wife, Eudora, have arrived in the sleepy Georgia town of Whitbrow, where Frank hopes to write a history of his family’s old estate-the Savoyard Plantation- and the horrors that occurred there. At first, the quaint, rural ways of their new neighbors seem to be everything they wanted. But there is an unspoken dread that the townsfolk have lived with for generations. A presence that demands sacrifice. It comes from the shadowy woods across the river, where the ruins of Savoyard still stand. Where a longstanding debt of blood has never been forgotten. A debt that has been waiting patiently for Frank Nichols’s homecoming… ” 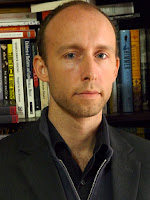 I was lucky enough to receive and read a preview copy of this book in the spring: I’m so happy it’s finally about to released so I can talk to other folks about it. A coming of age story of life, love and baseball, set in a small town university in the Midwest US. With well drawn characters who are both likable and real, and a story that moves forward with the tension of a great sporting event, it’s an intelligent book without being dry, and an emotional one without being sappy. It left me shifting my schedule to make time to finish it. It’s a novel that I think has really wide appeal (as evidenced from the range of authors—from Jonathan Franzen to James Patterson—who have been giving it props). Oh, yeah, and it doesn’t matter if you don’t like baseball, but if you do, you’ll probably love it all the more.

I’ve been hearing buzz about this debut novel for several months now. A story with magic at is centre, where even the description is bewitching: “The circus arrives at night, without warning. No announcements precede it. It is simply there, when yesterday it was not . . . Beyond the smoke and mirrors, however, a fierce competition is underway–a contest between two young magicians, Celia and Marco, who have been trained since childhood to compete in “a game,” in which each must use their powers of illusion to best the other. Unbeknownst to them, this game is a duel to the death, and the circus is but the stage for a remarkable battle of imagination and will.”

Ice-T was first a musician, then an actor and now he is about to become a published author. This book falls into the genre sometimes called Street Lit or Urban Lit, and is the story of a former crime boss, released from prison after 20 years and looking to take back power and seek revenge. Expect a lot of grit, violence and action in this dramatic tale of drugs and organized crime.

5 Fiction releases to watch for this September
https://haligonia.ca/5-fiction-releases-to-watch-for-this-september-43130/