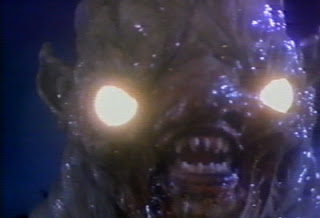 This is my second year of attempting to log all of the movies I watch. It’s harder than it sounds, and I am not sure if the mid-year total 120 is 100% accurate, but it’s definitely better than last year’s score of 140/12 months. I don’t think I’m watching more movies, but I am more diligent about updating my list.

It has been six months of highs and lows. I started off strong with a roster of Paul Verhoeven and a few other Dutch films, and made an attempt to watch the majority of Oscar-nominated movies for that year.

February was mostly a month of cheesy horror and sci-fi, with a healthy dose of Jean Claude Van Damme. I believe Valentine’s Day was spent watching Total Recall and either Bloodsport or Kickboxer. Romance is still alive and well.

I don’t understand what was going on with me in March. There’s no theme. It’s Rock n Roll High School 2 followed by Network. The one weird Saturday where I watched Mad Max I and II and probably almost died. A little bit of David Cronenberg and a sparked interest in Bruce McDonald. Alrighty.

Every single movie I watched in April was completely awesome in its own way. Except for The Haunting in Connecticut. And How To Lose Friends and Alienate People. With apologies to Simon Pegg. Obvious winners of April include Straw Dogs, Heat, Gone With the Wind, and Vertigo. The award for “most hilarious movie featuring creepy incest” goes to Flowers in the Attic–well done, V.C. Andrews!

May was chock full of bad VHS and movies that I would never have rented/downloaded that were on TV. I watched Star Trek and The Fall twice. I subjected myself to a Donnie Darko spin-off. Aging myself about 25 years, I complained about the noisy teenagers during the opening night of Drag Me To Hell and got free movie tickets.

This summer will bring a good selection for the alFresco filmFesto (including one of my all-time favourites Harold and Maude) and, if I’m lucky, involvement in a few short films, including one I’m in the process of writing. I’ll be needing extras with a strong stomach who can stand a little (or a lot) of fake blood and dermawax, and a willingness to hang out with me in Woodside. You have been warned.