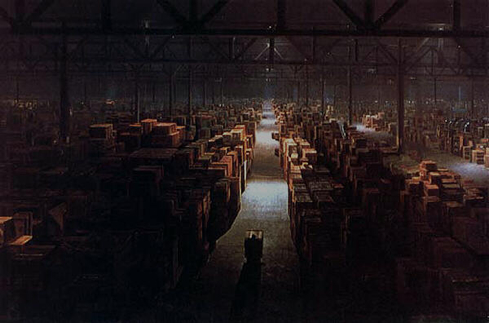 I’m moving in less than a month, and have been pretty good about getting things packed away and making arrangements to get my stuff outta Halifax. Moving is the worst, but I’m getting some enjoyment out of sorting through all of my stuff and dreaming of my new place, which comes equipped with a real-life washer and dryer (it has been TWO YEARS of carting my laundry to friends/family… I hate laundromats) and an Arabian Nights room (more on this later).

Before I get the heck out of the South End, I’m going to have to pack for another purpose–a trip to the T-dot-Ohh (Ohhh!) to visit mein friend, Josh, at the end of the month. We’ve got awful and wonderful things planned, like descending upon MuchMusic like the 13-year olds we are and verbally abusing the Jonas Bros and Lady GaGa. Good times. It will be my first visit to the fair hamlet of Torontonia, so I expect I’ll be floored by the big buildings and what-not… edifices too controversial for Halifax.

Not that Halifax isn’t cool beans. Lately I’ve been provided with many an awesome night out, in the form of Cirque de Soleil’s Alegria (inspiring, amazing, and for me, terrifying), Joel Plaskett’s Rebecca Cohn show (fantastic), and a lovely little film called DRAG ME TO HELL (so fun).

A neat opportunity that’s coming up next weekend is the once-a-year opening of Georges Island. For around $15 you can take the ferry over and explore the ruins of Fort Charlotte and check out a very unique view of Halifax. Next weekend is also the much-beloved Greek Fest down on Purcell’s Cove Road. This is where I go (almost) every year to eat way too much and yet always manage to sneak an extra piece of baklava. It’s $5 for a weekend pass–whadda steal.

On the VHS adventures front, I’ve been awful and re-watched Titanic and Devil Wears Prada instead of The Dentist or every single Highlander movie. Another let-down was the waste of time that was Terminator: Salvation, which was the least fun movie I’ve seen in a long time (and I JUST watched Tetsuo: The Iron Man aka LIFE RUINER). SHAME on you, McG, SHAME!

On a positive note, I’m getting Romero’s Martin in a few days, and I’m fairly certain it’s going to be great. Coming along with said movie is a book on how to make special fx gore on a budget. Time to raid Sobey’s for some corn syrup, coffee grinds, and food colouring. I’m helping out with make-up for a short film that should be a lot of fun. Hopefully in the next few weeks I’ll have some photos to share. If not, stay tuned for the Zombie Walk in August… I’ve got plans…