This past Saturday, I spent some time at the CATCH Seafood Festival. I had to make two trips though- during the start of my morning visit, the dreaded ‘low battery’ symbol come on my camera…so I had to go home, charge it, and go back again!

First-up on the Taste of Nova Scotia Seafood Sensations Culinary Theatre were Executive Chef Shawn Doucette and Chef Les Stevens of the Delta. They were mixing up a batch of lobster-corn fritters, mmm- deep-fried lobster goodness! This stage had a great set-up from the audience’s perspective, equipped with a mirror right above the chef’s station so that you could see the preparation. I thought these guys did a great job of presenting to a crowd that may or may not know anything about cooking. Their explanations were clear and easy to follow. 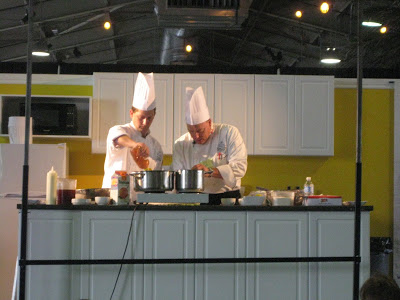 Then I took a little jaunt over to The Great Catch Chef Competition were Chef Sean Zwarun of DesBarres Manor Inn and Chef Andrew Stevens of Little Louis’ Restaurant in Moncton, NB were competing. Theirs was the first of several competitive pairings throughout the day, continuing on Sunday. I found out yesterday that Chef Stevens was the overall winner for the competition- Congrats Andrew! 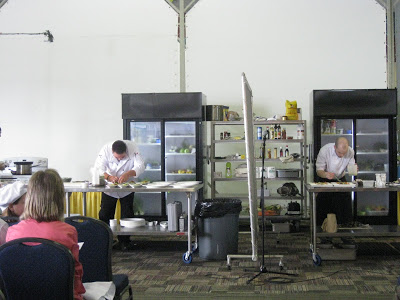 When I returned later (with a fully charge camera) I started in on the goods! The festival had a system whereby you purchased a sheet of tokens for $10, and used them for your selected items.

My first stop was the Waterfront Warehouse for a little pkg of Fish ‘n’ Chips. While the fries were a little cold, they had serious potential as they were thinly sliced, and still slightly crispy. The fish was tasty, and the batter even moreso- crisp and light. 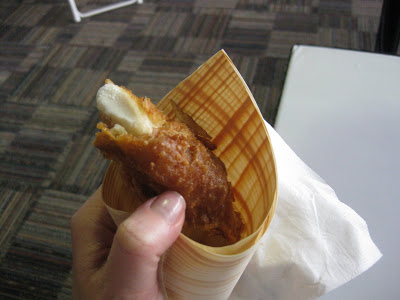 Then I moved on to Seabright Farm’s hot smoked salmon. They had four types; peppercorn, maple, garlic and Cajun. I went for sweet with heat and had a piece of the maple and Cajun. 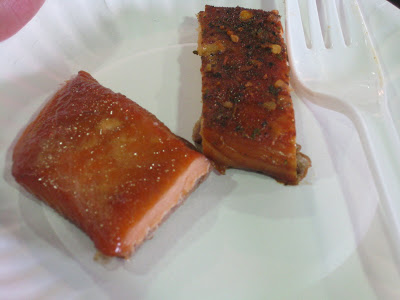 The Delta was offering Halibut, so there was no way I could bypass that- especially was it was served with roasted tomato and guacamole! It was also crusted with dulse-also known as sea kelp which added a nice crunchy coating and an earthy flavour. 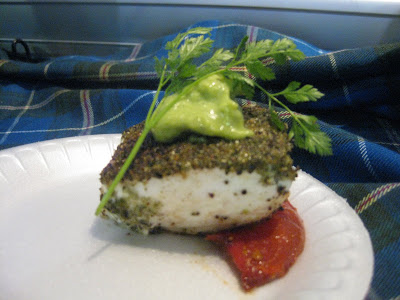 Next, I played spectator and watched Food Network Chef Anna Olson on the Taste of Nova Scotia Seafood Sensations Culinary Theater prepare fresh NS Scallops skewers and lobster tacos. The video below gives a good idea as to the demonstrations. The chefs prepared their dishes while linking the ingredients to specific areas of NS. Not a great video quality, but I’m working on that one!

After Anna’s demonstration, I stood in line and bashfully asked if we could take a photo, to which she enthusiastically agreed! Afterward, was slightly starstruck and ran away afterward to recover! I’m so lame. I don’t normally put photos of people on here…particularly not myself- c’mon! 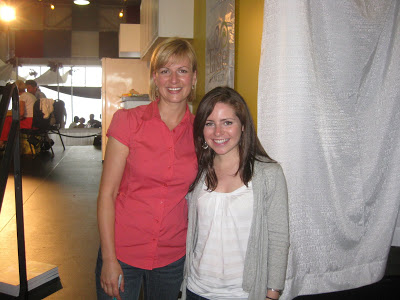 After my meeting with a Food Network chef, I felt the need to unwind, and did so at the Occasions Magazine’s Hooked on Wine & Beer demo in the Catch Seminar Room. Sommeliers Mark DeWolf and the Westin’s Jason Wilson instructed the audience on the key principles of food and beverage pairings- balance. 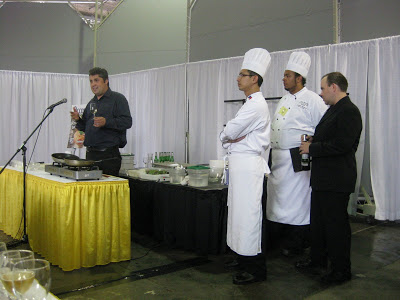 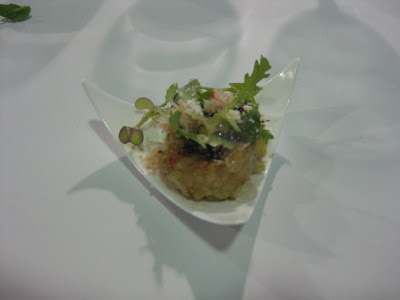 This was a great way to spend a Saturday; milling around trying NS seafood with a serving of education and a side of fun facts. I was a little bummed that I couldn’t make it back for the Oyster Shucking Competition on Sunday featuring Chef Renee Lavallee, but you just can’t do it all! CATCH featured some of NS’s finest seafood producers, and allowed them to show off their fantastic products. As a spectator, I had the best role; all I had to do was eat!