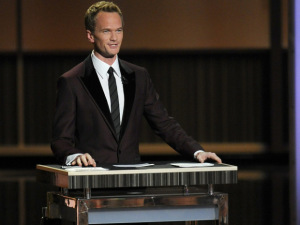 The Emmy Awards were on last night, but I have a feeling that most hardcore TV fans were too busy watching Breaking Bad to tune in. I watched a little of the red carpet, and Neil Patrick Harris’s weak show opener before flipping over to Breaking Bad, and less excitingly, Dexter.

The red carpet was pretty blah. Purple was popular, which was a nice departure from the usual black, nude or red. But so many people were in totally predictable, boring outfits. Sofia Vergara wore something tight and cleavage-y, Allison Williams wore a basic blue gown, Carrie Underwood dressed like a princess. Boooooring. Even January Jones, who usually looks ridiculous, put me to sleep.

Here are some of the real trainwrecks: 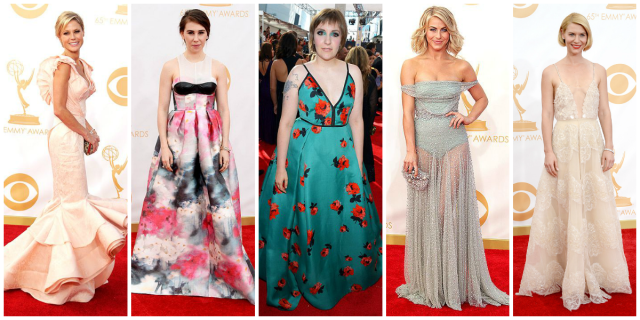 Who is the worst here? I would be tempted to go with Lena or Zosia, but from Girls, but given there red carpet histories I didn’t really expect much from them. Claire Danes is the victim of an ill-fitting dress, and a pet peeve of mine – exposing a super-bony chest. Julianne Hough is doing the sheer-skirt over an American Apparel onesie thing that I hate so much. But most atrocious, I think, is Julie Bowen. Is that an 80s prom dress? 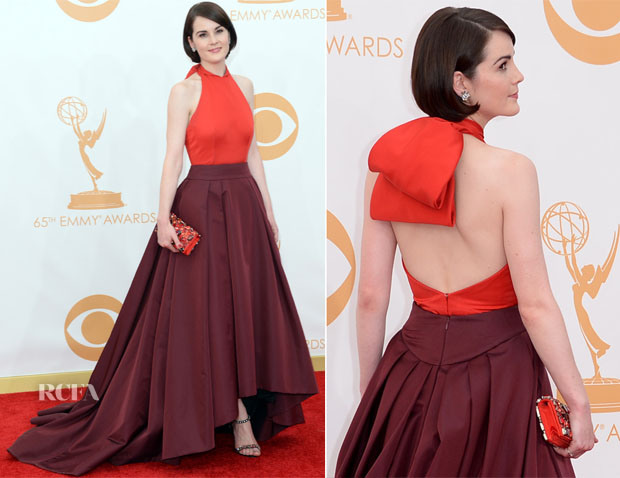 A lot of people liked Michelle Dockery’s gown, and watching her on TV last night I liked it too. But I hate the skirt – I know, I know, you love your shoes. But those mullet skirts always bug me. I hate the double-zipper in the back, too. Close, but no cigar.

Here were a few of my favorites, I guess: 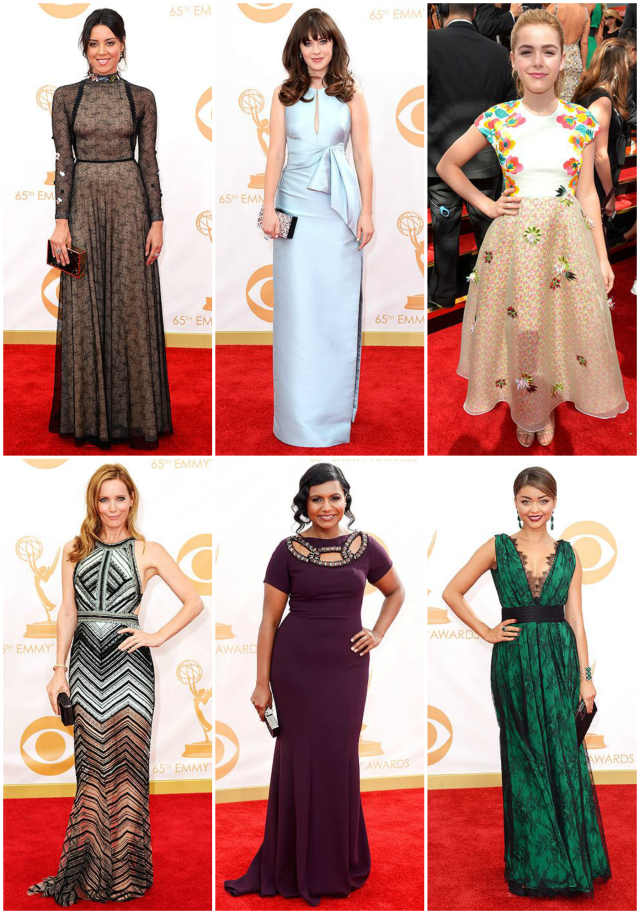 OK, Aubrey Plaza. I would hate this dress on probably anyone else, but I think she pulls it off. I loved Zooey’s dress, and not just because I love her. Blue looks amazing on her, but she also changed it up and went for a sleeker look than the princessy, full-skirted gowns we usually see her in.

Kiernan Shipka is another one of my favorite celebrities, and I loved this retro look on her. I liked Leslie Mann’s chevron pattern. I didn’t care for the neckline of Mindy Kaling’s gown, but the color was gorgeous on her. And I always love what Sarah Hyland wears, but I hated her makeup.

Did you guys have red carpet favorites?

I like Neil Patrick Harris. But he has hosted a lot of things, and it’s gotten tired. His opening monologue was awkward, and you could feel the audience not laughing. The funniest part was a glimpse at what the Golden Globe Awards will be like, when Tina Fey and Amy Poehler briefly took over and Nailed. It.

Later on, NPH delivered one of his trademark song-and-dance numbers, but I feel that he (and we) peaked at the Tony Awards. The presenters weren’t much better – there’s no way around it, this just wasn’t a funny broadcast.

There were awkward moments too, like the “In Memoriam” moments that made the tone of the show uncomfortably inconsistent, and two pointless performances from Elton John and Carrie Underwood that really strained for a connection to the TV industry.

Here are some of the winners in main categories. You can see a full list here.

OK, let’s talk about this. I didn’t cover the Emmy nominations because I think they’re crap. I was tired of getting angry every year when the same mediocre shows are honored and the best shows and performances are overlooked.

Jeff Daniels for Newsroom? That is some bull, right there. I can’t even. Like, come on. I also think Veep is way over-rewarded at these things. There are much, much funnier shows. 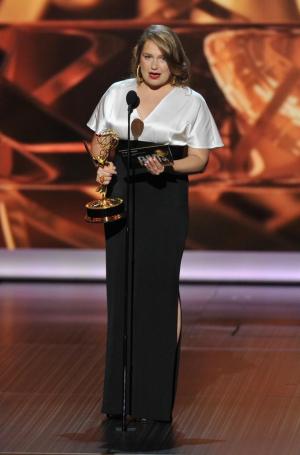 The award here that made me happiest was one that I actually saw before I switched over to Breaking Bad – Merritt Wever for Nurse Jackie. I haven’t always loved that show, but I adore her performance on it and it was nice to see someone unexpected win. Her “Gotta go, bye!” acceptance speech was the quirky cherry on top.

Did you guys watch? What did you think?

A few thoughts on a boring Emmys broadcast
https://haligonia.ca/a-few-thoughts-on-a-boring-emmys-broadcast-82665/