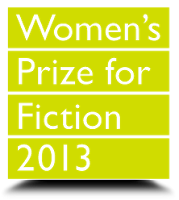 Formerly the Orange Prize, the Women’s Prized for Fiction, launched in 1996, is awarded annually and celebrates excellence, originality and accessibility in women’s writing from throughout the world.

The winner receives a cheque for £30,000 and a limited edition bronze known as a ‘Bessie’, created by the artist Grizel Niven. Both are anonymously endowed.

This year’s winner is May We Be Forgiven (M)
by A.E. Homes

Harold Silver has spent a lifetime watching his younger brother, George, a taller, smarter, and more successful high-flying TV executive, acquire a covetable wife, two kids, and a beautiful home in the suburbs of New York City. But Harry, a historian and Nixon scholar, also knows George has a murderous temper, and when George loses control the result is an act of violence so shocking that both brothers are hurled into entirely new lives in which they both must seek absolution.

Harry finds himself suddenly playing parent to his brother’s two adolescent children, tumbling down the rabbit hole of Internet sex, dealing with aging parents who move through time like travelers on a fantastic voyage. As Harry builds a twenty-first-century family created by choice rather than biology, we become all the more aware of the ways in which our history, both personal and political, can become our destiny and either compel us to repeat our errors or be the catalyst for change.

May We Be Forgiven is an unnerving, funny tale of unexpected intimacies and of how one deeply fractured family might begin to put itself back together.

Miranda Richardson, Chair of Judges, said: ‘Our 2013 shortlist was exceptionally strong and our judges’ meeting was long and passionately argued, but in the end we agreed that May We Be Forgiven is a dazzling, original, viscerally funny black comedy – a subversion of the American dream. This is a book we want to read again and give to our friends.’

And the other shortlisted titles were: