As mentioned in an earlier post, Atlantic Canada”s 100 Greatest Books reviews the top one hundred Atlantic Canadian books-both fiction and nonfiction-ever published, as chosen by a panel of local readers and literary luminaries.

For fans of Canadian literature this is a great reminder of what
wonderful local talent that surrounds us. 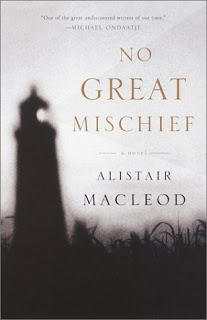 The #1 listed book is one of my personal favorites “No Great Mischief” by Alistair MacLeod. It is listed as the greatest Atlantic Canadian book of all time! The novel explores the emotional bonds of family through flashbacks to a childhood in Cape Breton Island and young adulthood spent in the mines of Northern Ontario. It explores what it means to be a part of a family, the meaning of brotherhood, and the importance of love and forgiveness in human relationships. 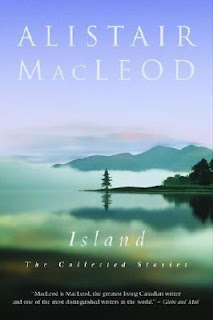 Also included in the top ten are Alistair MacLeod‘s “Lost Salt Gift of Blood” and his anthology of sixteen exquisitely crafted short stories entitled “Island“. Set primarily in Cape Breton, Nova Scotia, these stories depict the often hauntingly lonesome lives people lead even amid tight-knit families and small communities. One of my favorite selections from this anthology is a story called “The Fall” which has such a poignant and vividly rendered ending that it is one I’ll never forget. The story explores the moral and emotional ties that exist between men and their animals, and the lengths to which poverty can override these ties. It describes the chasm that can develop between parent and child when children are faced with the consequences of what is perceived as betrayal.

Mr. MacLeod was in Halifax recently and read before a crowd at the Keshen Goodman Library branch and at Saint Mary’s University.

Alistair MacLeod’s fiction stresses the importance of tradition and memory. Things we all need reminding of in this stressful modern world.