I confess. I am a mystery lover. All types. Historical, forensic, police procedural, you name it. AND… I know I am not alone. I am one of those readers that likes books in series. Never jumping in the middle – I always have to start with the first title! 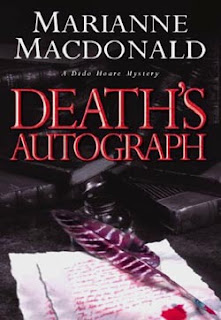 I thought I’d let you know a few of my favorite series featuring amateur sleuths. They are all VERY different, so at least one of them is bound to suit.
Halifax Public Libraries tracks all fiction series. Search the catalogue under series keywords. Type in the author’s name to find the series you are looking for.

My first selection is from a Canadian author, Marianne MacDonald. She writes the Dido Hoare mystery series. Dido is a single mom and antiquarian bookseller in London, England. She is aided in her detective work by her father, Professor Barnabas Hoare. The mixture of a strong protagonist who happens to be in the book trade is just too good to miss. The first title in this series is “Death’s Autograph“. 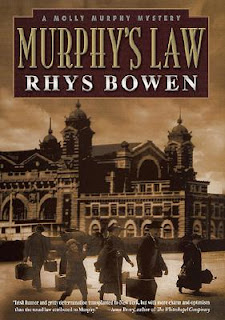 My second selection is a historical series by Rhys Bowen. Her Molly Murphy mysteries are set in turn of the century New York. Molly is an Irish immigrant who is a people finder of sorts, working for families in Europe who’ve lost touch with relatives in America. The first title in this series is “Murphy’s Law“. Rich historical detail and a charming, sympathetic protagonist create a delightful eight book series. 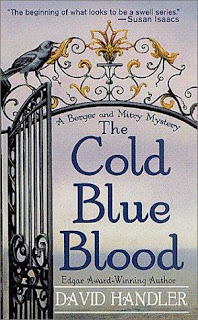 My third and final selection is set in Connecticut. The Berger and Mitry mysteries by David Handler feature Mitch Berger, a top film critic who is sent to Connecticut’s Gold Coast to write a story and also to get him out of his doldrums following the death of his wife. He is not there long when the discovery of a dead body brings the second protagonist to the scene. Lieutenant Desiree Mitry, one of only three women on the Connecticut State Police major crimes squad, the youngest of the three, and the only black. The relationship between Berger and Mitry is one which is as much a part of the plots as the mystery themselves. A strong character driven series which begins with the title “The Cold Blue Blood“.

The reading of series mystery fiction can be most rewarding. The ability to follow a favourite character’s development through not one but several volumes is a treat in itself. The avid reader will appreciate that there is always just one more title to look forward to.

Try searching the catalogue by series and you’ll encounter the book lover’s dream… So many books, so little time…