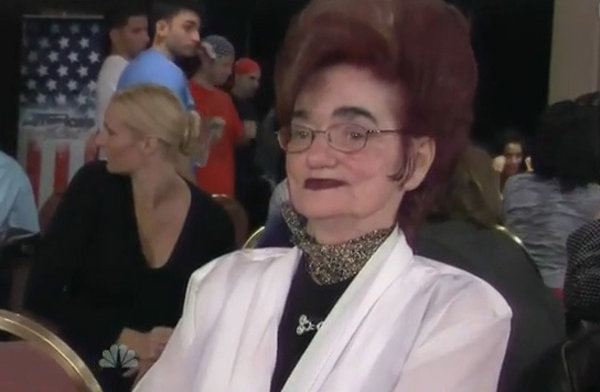 America’s Got Talent: 4 More 4 The Finals

Once again, four more acts proceeded to the next round on America’s Got Talent. DOES THIS EVER END??? For reals. I feel like I’ve been watching auditions for weeks. Oh wait, I have. And I’m still seeing clips of a senile redheaded woman wearing more make-up than the entire cast of Moulin Rouge who wouldn’t be fit to play the local bingo hall, let alone a national television show.

The first group included said redheaded senile songstress, as well as a mediocre comedian and a magician who included a tiger in his act. A freakin’ tiger. It was pretty obvious who would move on. I’m not a magic fan, but Murray totally deserved to move on. If only he had a cooler name. The next group included the overweight male dancers, the hip-hop violinist, and a singer named Taylor Matthews who I apparently missed on Tuesday night. What the hell? How did that happen? Was I getting a snack? Anyway, he seemed like he was good, he’s cute, and he made it through. So I’m happy. The third group to come out on stage included the dance group, the gospel-style singing group, and my buddy Prince Poppycock. Prince Poppycock made it through. I liked the dancers, but Prince Poppycock is so original – after thinking over Tuesday night’s show, I decided he deserved to go through.

The final group included Rudi Macaggi, ArcAttack and Anna & Patryk. Those poor little dancers didn’t have a shot against the death-defying Macaggi and the industrial rockers. I thought the judges would choose Rudi Macaggi to go through, because his act would have the most impact when seen live. But I was wrong – he didn’t even make the first cut. In the end, the judges went with ArcAttack.

Next week we’ll be seeing the YouTube auditions, which could be kind of cool. There’s a lot of talent out there on YouTube – despite the fact that that’s where Justin Bieber was discovered – and I’ll be interested to see what will come of it.