An impaired driver faces multiple charges after refusing to stop for police. 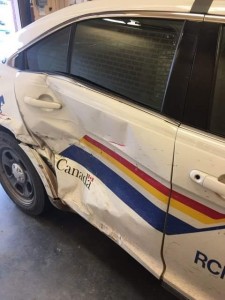 Just after 4 p.m. on Tuesday, East Hants District RCMP and Indian Brook RCMP responded to a call regarding a possible impaired driver in Hardwood Lands. When police arrived, the driver of a Ford F-150 truck hit two police vehicles and fled from police. This caused considerable damage to the police cars. Police officers in two different vehicles initiated a short pursuit onto Hwy 14. The suspect vehicle got caught on a dirt embankment and police arrested two male suspects. 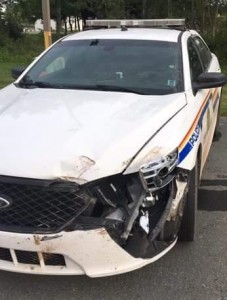 The driver, 52-year-old Steven Wade Nowe of Indian Brook, has been charged with:

· Impaired Operation of a Motor Vehicle

· Operating a Motor Vehicle over the Legal Limit

· Assaulting a Peace Officer with a Weapon

· Use of a Vehicle in the Commission of an Offence

· Operating a Motor Vehicle while being Pursued by Police

The passenger, a 22-year-old man from Indian Brook, is facing a charge of Assault with a Weapon.

An impaired driver faces multiple charges after refusing to stop for police.
https://haligonia.ca/an-impaired-driver-faces-multiple-charges-after-refusing-to-stop-for-police-201538/