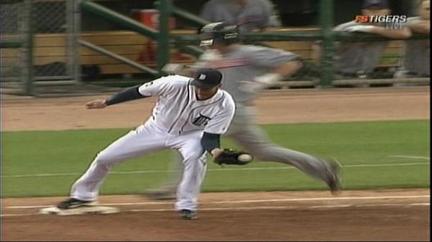 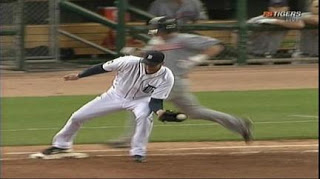 An Imperfect Game.
That pretty much describes baseball.

Incredibly fast plays are made and judged by the human eye. Obviously mistakes are made occasionally and baseball even tries market that as part of the human element, and a throwback to the nostalgic days of the game’s glory days. But when an obvious play is missed, should the Major League Baseball intervene and overturn the decision?

My answer is no.

Last night (June 2, 2010), as happens ever so often, we were witness to one of the sport’s little hiccups: a blown call that happened at the most inopportune time.

Armando Galarraga achieved baseball history; pitching the major’s first ever 28 out perfect game. Galarraga was robbed of the traditional 27 out perfect game by a blatant missed call from first base umpire Jim Joyce on what would have been the final play of the game. After inducing a ground ball to second from the 27th Cleveland batter of the game, it appeared the perfect game was merely academic. That was until Joyce declared the runner safe despite Galarraga and the ball clearly reaching the base first.

The video evidence is pretty clear, and with such clear evidence we should not deny this tremendous young athlete such an extraordinary* accomplishment, right? Wrong.

The fact that this play occurred on the potential final out of a game is the only reason that people are honestly considering it. That and the fact that it involves a potentially historic event, but not the actual result of the game. Could MLB seriously consider reversing a play that would not only effect that particular play, but all those that followed? If a player was called out when he was clearly safe, ending an inning early in the game, could the play be reverse with out replaying the game from that point. You cannot assume that the game would unfold in the same manner.

It is unfortunate for sure, but doing so opens the door to any number of events that could be disputed via video review. I am all for Major League Baseball instituting a comprehensive policy regarding the usage of video review, but not in reaction to an isolated event.

Without the necessary policy in place to determine what can be reviewed and subsequently overturned, MLB should swallow this mistake. In the meantime, I will my part to remember Armando Galarraga for the greatest perfect game that never was.

As I wrote this Bud Selig decided to agree with me and not overturn the decision. I assume my consulting fee is in the mail.

*3 other perfect games in the last10 months notwithstanding.

Joel MacDougall lives in Halifax and writes about all sports local and abroad. Follow Joel on twitter @jmdougall.