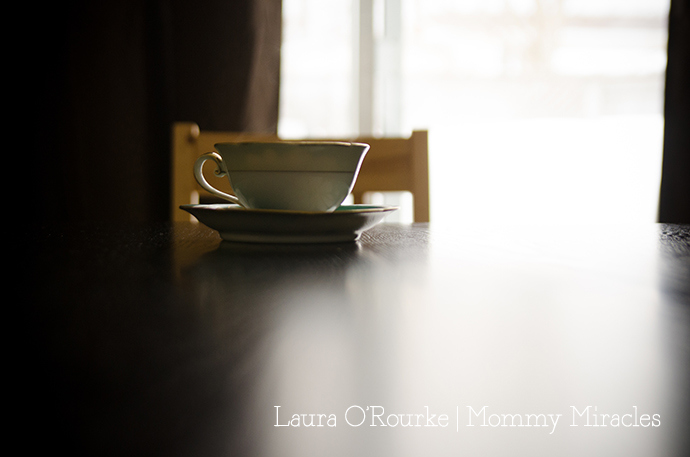 I thought it would be the run that night that saved me. It had been a day; a day where I was the one apologizing to my kids.

The toll of parenting these three kids, one of whom is a newborn, day and night manifested itself through me in anger and swear words and aggression and exhaustion. One request too many for a cookie after an uneaten meal resulted in a crying kid being put in his room, not because he needed to calm down, but because I did.

It isn’t the three kids that do this to me. It is just being the trenches of parenting. I remember feeling like this after one and two kids too. I don’t think it is because I am a bad mom. I am just a human mom who is currently at everyone’s beck and call running on too few hours of sleep.

When I admitted to my online friends how much I was struggling that day, so many of them reassured me that it was normal. Three kids even seemed like the magic number to trigger regular trips to a therapist, if the majority of my friends are to believed. When my husband’s text in the middle of the day asked what I needed, my answer was simple: I needed to get out of the house and be alone for a while.

Please, let me be alone. Away from the constant needing and touching and noise.

So that night I got out, by myself, and went to the gym. I jumped on the treadmill and a watched some cable tv (a novelty for me). As I was putting on my boots in the change room after my workout, I saw a familiar face. I smiled and said “hi”. She wasn’t a close friend, but were connected through Facebook after our children went to the same daycare for a time. She was with another woman who also was a Mom from that same daycare, though I had not met her before. We chatted on the way out of the change room, exchanging niceties and asking about each other’s children. And we drew closer to the doors that would lead us to the parking lot, we slowed to a stop and kept talking. It was easy to talk, especially with the common daycare experience.

I have never found it easy to make good friends. I think I’m friendly, but I never know how to take it to the next level.  I always worry that I am being presumptuous or that people don’t really like me or that I won’t have anything to say. So I wait to be approached and I wait to be invited, which I suppose is one of the reasons why I find it hard to make friends.

For as much as children make me crave adult friendship, they also blessedly make it easier to talk to other moms. It is clear that we have an obvious common interest. This is never more obvious when pregnancy or a newborn is involved. For as much as the asinine pregnancy comments annoy me, it is incredibly sweet that people suddenly become exponentially more friendly when you have a big round tummy. And even us introverted mommies need a friend.

Every day I talk to incredibly amazing women online. They are true friends, but there is no face to face connection. And maybe I am starting to realize that I need that. Maybe, when I so desperately just need to be alone, I really don’t want to be alone at all.

I have been craving adult companionship lately. I don’t want to miss swimming lessons because I’ve come to love my hour-long discussions with the other Mom with a newborn. I look forward to sitting with a couple of other hockey Moms at practice. I’ve even made myself go out on a limb, clicking “yes” to Facebook invitations for a local book club where I don’t know anyone and a hockey mom outing where I’ll barely know anyone. While I have friends who live in this city, they’re pretty much all a half hour drive away, requiring planning and schedule juggling, and it has been nearly impossible to see them during this long winter while my time has been co-opted by a newborn. What I wouldn’t give for a friend or three in my own community – someone to go for a run with, or even a walk around the block. Someone I could run into at the gym or the library. Someone with kids in the same programs as mine. Someone to share a coffee with without needing a day’s notice.

When I came home from the gym that night, I felt refreshed and invigorated. But it wasn’t the run that did it for me. It wasn’t even being alone. It was because I spent time talking with other women.

I guess that even while I’m surrounded by so many people here at home, I might just be lonely.

The post An Unlikely Loneliness appeared first on Mommy Miracles.