What is it with modern celebrities? Why can’t they be famous for just one thing and leave a little bit of hope left for the rest of us? Over the years working at the library, I’ve noticed time again the phenomena of celebrity novels: you know, where some one famous for something else also becomes a published author. Sometimes I think these efforts are sincere. Sometimes I think the authors are actually good writers in addition to being good at what ever else they are famous for. And sometimes it’s all just a bunch of marketing to try and capitalize on someone’s already established fame. Still, I’m interested: whether out of passion for reading or passion for celebrity trivia, I’m not sure, but I’m interested nonetheless. 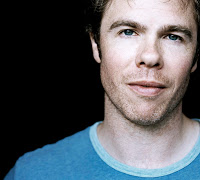 What got me thinking about the topic again recently, is news of a new novel from American songwriter Josh Ritter. To tell you the truth, I’m not even sure if Josh Ritter is all that famous as a musician, but his book is being promoted as the first novel from the musician you love. Bright’s Passage is historical fiction set during and following World War I. From the publisher: “Henry Bright is newly returned to West Virginia from the battlefields of the First World War. Grief struck by the death of his young wife and unsure of how to care for the infant son she left behind, Bright is soon confronted by the destruction of the only home he’s ever known. His only hope for safety is the angel who has followed him to Appalachia from the trenches of France and who now promises to protect him and his son.” As a musician, Ritter is praised for his lyric writing and many of the reviews of the novel are making a tie between that and his move into fiction writing. With this book, Ritter seems poised to create readers out of fans of his music, and draw the book crowd to his music.

So, I might not be sure that Josh Ritter is famous, but I’m certainly sure that the authors that follow are. If you’ve watched their careers in other venues, perhaps you’ll be interested in one of their works of fiction. 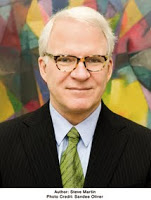 Steve Martin. He’s funny, he plays the banjo, and he’s also become a well respected author of contemporary American fiction. My recollection is that people were skeptically curious when Martin’s novella Shopgirl was released in 2000. Publisher’s Weekly described it as “neither a triumph nor a disaster”, but it was well received enough that folks were curious to see what would follow. With each book, praise for Martin’s serious writing seems to grow. His most recent is Object of Beauty, which brings in yet another element of Martin’s expertise. Set in the art world, it draws on Martin’s experience as a collector to create a detailed portrait of a world of wealth and privilege in New York City. 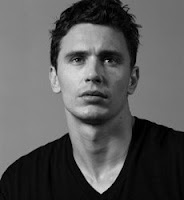 James Franco. 6 months ago it seemed like James Franco was everywhere: on the big screen, on the small screen, hosting the Oscars, featured in articles in the New York Times and just about everywhere else you looked, including the new release book shelf. His first collection of short stories Palo Alto was released by Scribner in October. The publisher describes the stories as “[tracing] the lives of an extended group of teenagers as they experiment with vices of all kinds, struggle with their families and one another, and succumb to self-destructive, often heartless nihilism” but this quote from BookList’s review answers the question you’re probably asking: “These stories were not published because James Franco is a movie star but because they are good.”

Carrie Fisher. The actress best known for her role as Princess Leia is also a successful author. Although recent news stories about her writing career most likely relate to her 2008 memoir Wishful Drinking (which subsequently became a stage show and an HBO documentary), Fisher has also authored 4 novels, beginning in 1987 with the (thought to be somewhat autobiographical) Postcards From the Edge.

William Shatner. You may know him best from his role on Star Trek, or possibly as the guy from the Priceline ads, but Canadian actor William Shatner is also a prolific novelist. Many of his books are set in the Star Trek world, and many are co-authored, but Shatner also has two series of non-Star Trek books that are officially credited to just him. For fans of space opera style science fiction: how could you go wrong with books from Captain James T. Kirk?

1 1Anthony Bourdain. I figured we needed someone in here who wasn’t an actor or singer: how ’bout a chef? Bourdain came to fame as the executive chef of Brasserie Les Halles in New York, but his brash personality as well as his cooking skills have taken him beyond the kitchen and into the spotlight. He’s well known for his memoir Kitchen Confidential, but did you know that he is also the author of several mystery novels?

And They Write too: Josh Ritter, celebrity writers and their novels
https://haligonia.ca/and-they-write-too-josh-ritter-celebrity-writers-and-their-novels-41192/