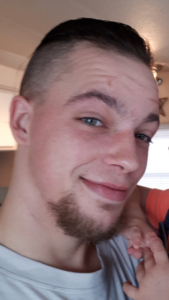 Annapolis District RCMP is asking for assistance from​ the public to locate 24-year-old Nicholas Durling.
​
Durling was last seen on February 7, 2019, at 4:00 p.m. in the Meadowvale area. A family member reported him missing when he did not show up to​ work or at home. He is described as 6-foot tall with a slim build, brown hair and​ green eyes. He drives a red, 2010 Chevrolet Impala (licence plate GHX 589)​ and was last seen wearing a​ camouflage jacket and jeans. Police and​ Durling’s family are concerned for his safety.
​
Anyone with information on the whereabouts of​ Durling​ is asked to contact​ Annapolis District RCMP at 902-665-4481. Should you wish to remain anonymous call Nova Scotia Crime Stoppers toll free at 1-800-222-TIPS (8477), submit a secure web tip at www.crimestoppers.ns.ca, or use the P3 Tips App.