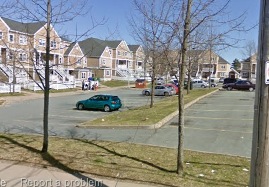 From HRPD:
A 29 year old Dartmouth man will appear in court at a later date charged with impaired driving and leaving the scene of an accident after two separate collisions early this morning.


View Larger Map
At 7:08 am police responded to a hit and run accident on the Mackay bridge. A Dartmouth bound vehicle, being operated by the accused, struck another car and fled the area eastbound on highway 111 without stopping.

At approximately 7:55am, the same vehicle was reported to have struck a pole in front of 47 Joseph Young Street. The accused fled the vehicle and ran inside the apartment building at this location. He was arrested by police without incident. There were no injuries in either accident.

Units responded to a three vehicle accident on Prospect Rd in the area of the Irving station at 9:07am.  A pickup truck struck a vehicle from behind that was stopped to turn left into the gas station. The truck pushed the car into the oncoming lane of traffic where is was hit head on.

An adult female was taken by ambulance with broken bones and a second female made her way on her own accord to hospital with minor injuries.

The driver of the truck was not injured. The road was closed for some time while debris was removed and measurements taken.