From HRPD:
Halifax Regional Police is seeking the public’s help in locating a
missing local woman. 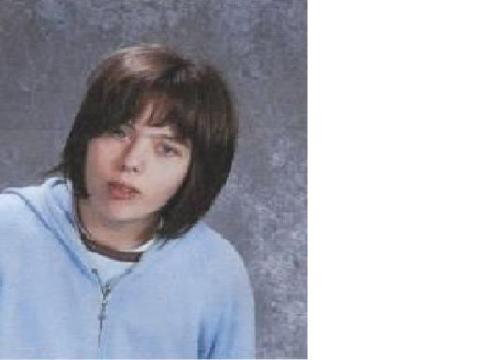 Eighteen year old Jennifer Graves-Smith, was last seen leaving Halifax
West High School at 330 pm, February 2nd 2010. Jennifer-Graves Smith is
a special needs autistic student.  She did not take her assigned school
bus home and this incident was reported to police. She was observed
taking a wooded pathway to the Thomas Raddall Library and has not been
seen since.

Police have searched the area and surrounding business’s looking for
her, the search is continuing.

Halifax Ground Search and rescue have been called in to assist, due to
the terrain in the area.

Jennifer Graves-Smith is described as a eighteen year old white female,
with shoulder length.  brown hair. She is 5″ 8″ tall , 130 lbs. She was
wearing a slate blue Columbia Jacket with an attached hood. She is known
to always have the hood up. She also had a black and red backpack. Ms.
Graves-Smith is known to turn away if approached by strangers.

At this time there are no circumstances that lead investigators to
believe M. Graves-Smith  has met with foul play, however, her family is
concerned for her well being and wishes for her, or anyone with
information on her whereabouts, to contact them or police. Halifax
Regional Police can be reached at 490-5016 in relation to this matter.