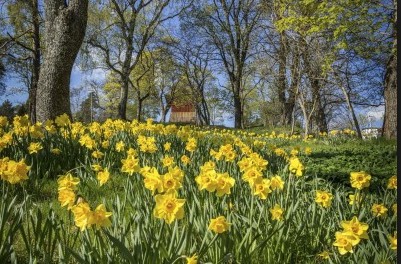 Taking a peek at the April numbers, the month was on average, one degree above normal, with below normal precipitation.  However, there was quite a bit of spatial and temporal variability. Sydney was quite dry (almost one-third), and Fredericton was wet (50% above normal).  As well, there were some very chilly stretches, followed by periods with record breaking warm days. 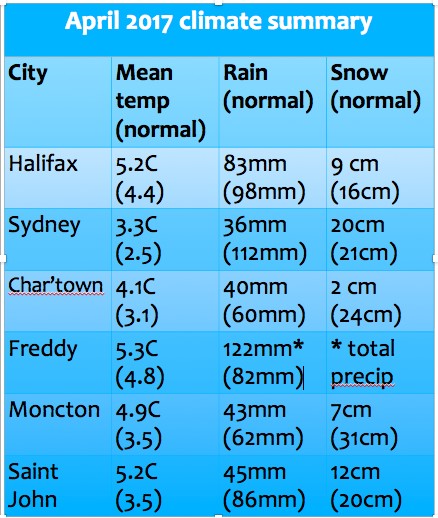 Looking ahead, while the forecast for May is near normal, I expect quite a bit of variability to continue.  Certainly the first day of May will be damp and chilly for much of the region.  For those concerned with the dry April, the beginning of May does look rather damp. 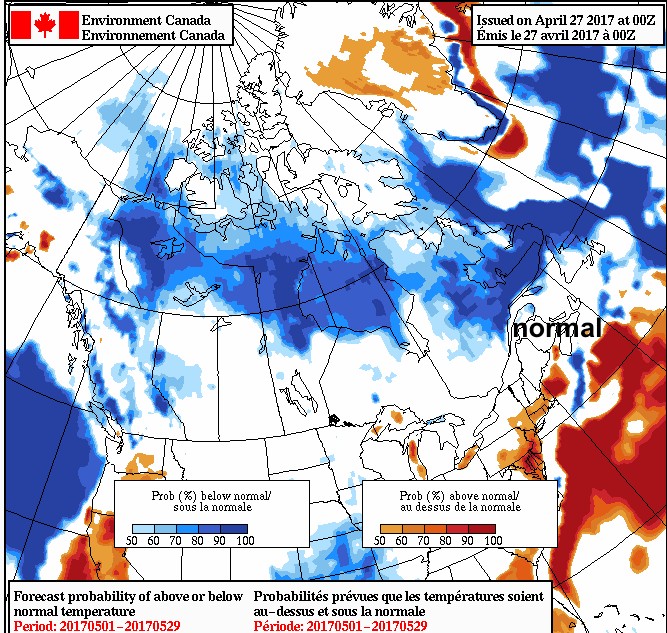 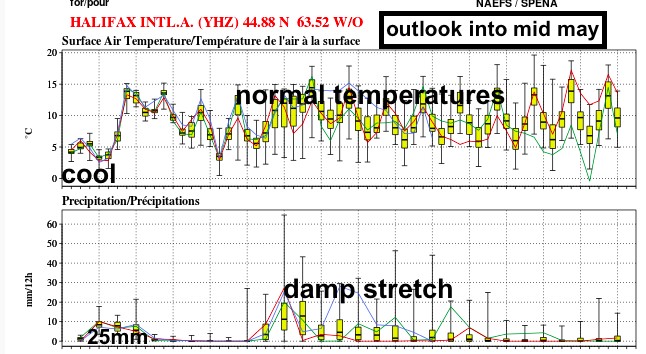 The wild swings are typical of our new normal.  The concentrations of carbon dioxide have now reached almost 410 parts per million, levels not seen in our atmosphere for 3 million years.  Much of this increase has taken place in only the past 50 years… and as the levels continue to rise, so will the sea-levels and the seemingly daily reports of extreme weather throughout the planet. 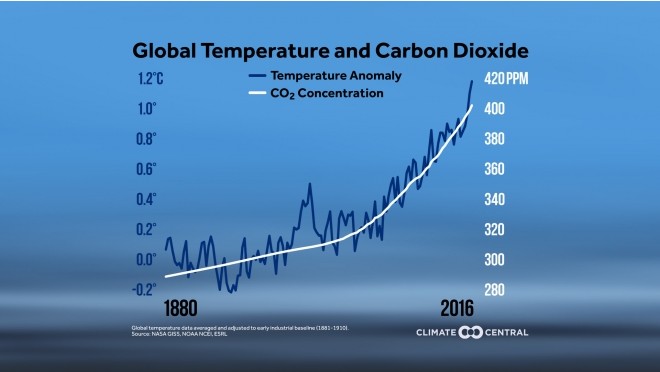