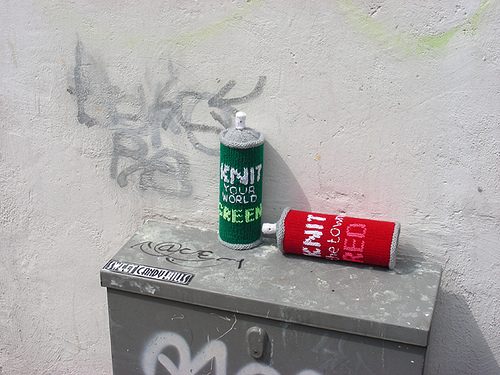 Police arrested three individuals in separate incidents.
February 9, 2012, Halifax Regional Municipality (HRM) . . . Police in Halifax respond to an armed robbery at Lovett's Store on highway 7 in Cole Harbour.
At 12:49 p.m., two masked suspects entered the store demanding money and cigarettes before fleeing. The HRP K9 Unit successfully tracked the suspects who were arrested a short time later on Lake Loon Rd. There were no reported injuries. A knife was located by investigators. The cash and cigarettes were recovered.
A 14-year-old female from Cherrybrook and a 15-year-old-male from Westphal will be appearing in Halifax Youth Court at a later date.
Charges Laid in Graffiti Incident
At 9:44 p.m. Wednesday, officers assigned to the Central Quick Response Unit were in the 2500 block of Windsor Street when they observed a man spreading graffiti. Officers arrested the 19-year-old man and seized several items. He faces charges of property damage and is scheduled to appear in Halifax Provincial Court at a later date.

Spreading graffiti is a crime, and its presence can impact our community’s reputation, property values, and citizens’ sense of pride and safety. If you observe someone spreading graffiti in HRM, call police immediately at 490-5020.