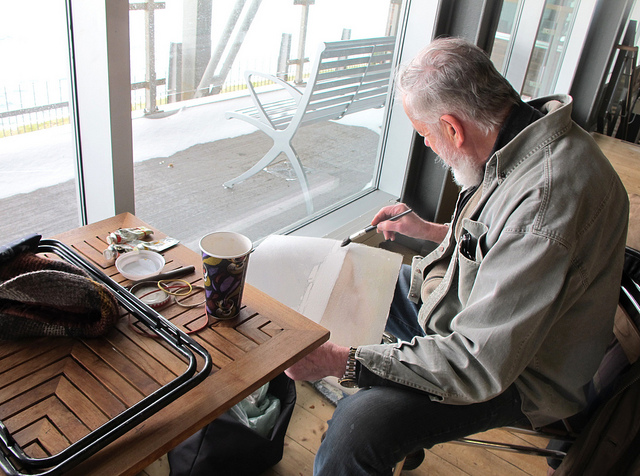 Last Friday week I was in the market to have my picture taken (will tell you that story next) and while I was waiting, I popped up to the mezzanine to have a quick bite of lunch. There was a painter sitting alone by the window doing some watercolour sketches of Georges Island. HE said hello and we had a lovely chat, and I discovered that he was  Tom Forrestall, (an exceptionally gifted and well known artist.) You can click on the link to the Nova Scotia Gallery of Art and see some of his work in their permanent collection. I love this piece called a Murder of Crows, you can click to see the back of it too.
It was a grey day and he wanted to capture the whiteness of the snow and lightouse against the dark.I loved watching him work. Very inspiring. We talked about painting on site which is something I want to try this summer. Lucky me, he gave me a few tips:) 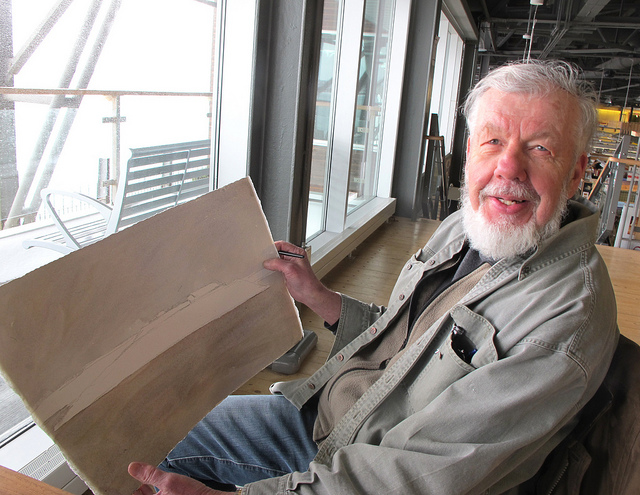 So yes, on to my picture… I was approached by Paul Balite who had been referred to me by Geordan Moore, a really talented artist/illustrator who owns the company Quarrelsome Yeti.
It’s basically an art project that  mimics the social networks (facebook, twitter, google+, etc) that are so prevalent in today’s world. Paul takes a portrait of a person while making the person hold a photo of the person who referred him/her. This is a blurry Paul getting ready to take my pic and I am holding the picture of Geordan in front of his silkscreened t-shirts and in this picture you can see Jono who referred him. 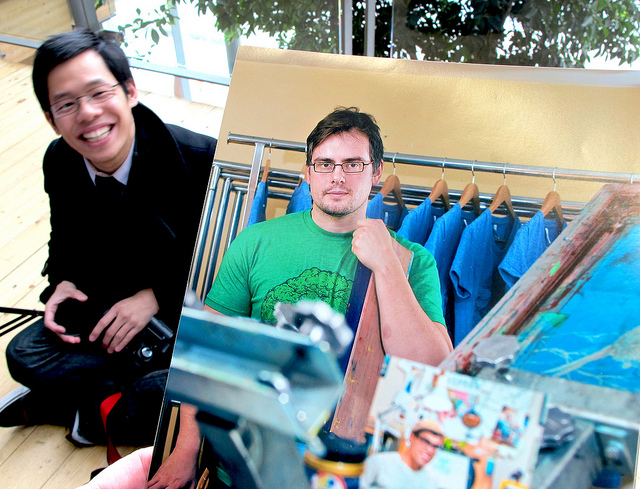 The background should say something about who we are or what we like to do. Jono referred Geordan to Paul. So he took a photo of Geordan while he was holding Jono’s photo. Now, since Geordan referred me to him, he took a picture of me holding Geordan’s photo. It will go on like this until it naturally stops. They plan to exhibit the pictures once the project is over. I chose to be phographed in the market with one of my paintings. I will show you Paul’s picture of me when I get it. His girfriend Emily took this one of the setup.  Fun project huh? Who did I tag? The photographer!! I am really looking forward to his self portrait. 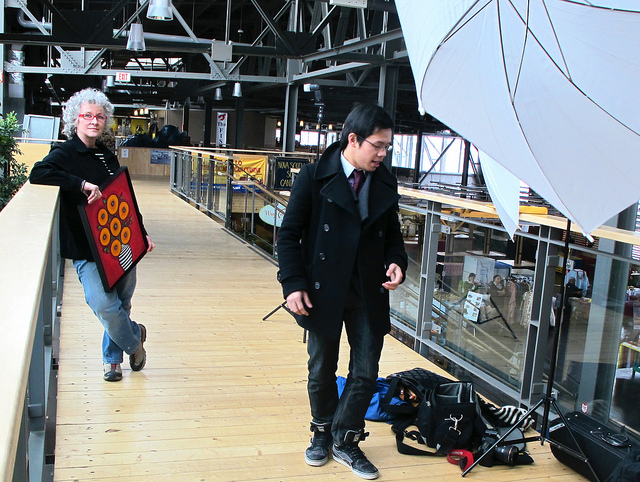