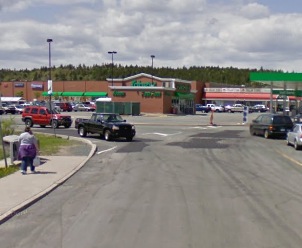 
View Larger Map
An RCMP officer activated their emergency lights to stop the driver who refused to stop.  The driver pulled away at a high rate of speed toward Hammonds Plains Road and turned off his head lights.   Another police officer in the area observed the suspect continue across the St. Margarets Center parking lot where he attempted to make it up an embankment and got stuck.  RCMP officers then arrested the suspect for impaired driving.

A 26-year-old male was arrested for Impaired Driving, Operation of a Motor Vehicle of 80mgs, Flight from Police and was released to appear in Nova Scotia Provincial Court in Halifax, N.S. at a later date.