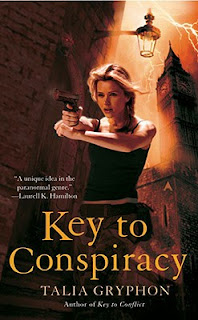 August 31 is the anniversary of the first Whitechapel Murder. In 1888 Mary Ann Nichols (Polly) a prostitute in the Whitechapel area was found with her throat cut and several cuts to her abdomen. Possibly ten more murders, with sometimes increasing degrees of mutilation, were to follow. Because of the mutilations, some formed a theory that the murderer must have possessed some level of medical or anatomical knowledge.

There have been some wacky theories over the years about Jack the Ripper’s identity. Over times suspects have included Prince Albert Victor (grandson of Queen Victoria and once heir to the throne), Sir William Gull (surgeon), Walter Sickert (artist), Lewis Carroll and Sir John Williams (Queen Victoria’s physician). None of these theories have been substantiated.

In recent years a document has been uncovered belonging to Chief Inspector Donald Swanson (see History Today September 2006). He states that the last murder was witnessed. The suspect was a violent mentally ill man. The witness lost heart and wouldn’t testify. The suspect was later remanded to a lunatic asylum and died there.

Occurring in a time when world wide communication was becoming easier, this case became an international sensation selling many newspapers. Things have not changed much. Many have speculated in fiction and fact(?) about the identity of the killer. As time passes the stories become less about the people involved and more fanciful. So while trying to work out the clues, feel free to enjoy the time travel, the vampires and the paranormal as well.

Dust and Shadow: An Account of the Ripper Killings by Dr. John H. Watson by Lyndsay Faye
The Dracula Dossier by James Reese
Key to Conspiracy by Talia Gryphon
The Frightened Man by Kenneth Cameron
Jack’s Shadow by Pamela OldfieldBroken by Kelly Armstrong