Maria Mutch’s voice has the perfect storytelling tone—friendly, confident, and present.  She spoke with me on the phone about her latest book, Know the Night, and I was thankful for her honest and open approach in conversation as I had been as a reader. 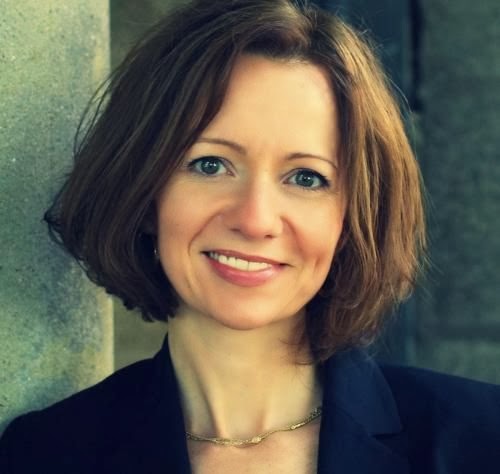 In case you have not had a chance to read Know the Night (M), it is a tenderly guided plunge into the concept of isolation.  Maria’s ability to share and explore honestly allows you to feel safe and equally open, and her lyrical descriptions and insights bring a gentle light to the journey—not a light that starkly illuminates a few select spots before you, but one that emanates like courage.
I hope this interview conveys Maria’s intelligent humanity and that you have a chance to hear her share her story, too.
Inside the Author’s Stage with Maria Mutch
Twinning the story of a polar explorer [Admiral Richard Byrd] with your personal journey is a brilliant concept, for many reasons.  You could have simply chronicled your time with your son.  Why add this other layer?

I was so interested in Byrd and his Antarctic sojourn, and the fact that he was on the Ice during the time when the sun doesn’t rise, that I knew I wanted to write about it. Many of my favourite essays (by writers such as Susan Griffin, Annie Dillard, Joan Didion, Lawrence Weschler) thread together two or more apparently disparate subjects that, on a deeper level, are connected. When I started working on the book, I found that I could enlarge the somewhat insular experience of caring for a child at night through Byrd’s story, and then beyond. The story could be larger than us.
Did the Byrd story offer some form of self-protection while you were digging deeply into your own story?
Yes, I think so (and that’s a great observation). Working with Byrd’s story—even though he’s more or less alone in it—gave me a kind of map for locating the shadow side of caregiving, and people’s relationships, and what happens to us when we’re at our most isolated. His story was a reprieve, too, from my own and gave me energy for looking at my own circumstances.
You seem to be speaking to many different people at once.  I’d like to ask you about a couple of them.  What are you trying to communicate to other parents of children with autism and/or Down Syndrome?
Commiseration, hopefully. When I started writing, I didn’t have only parents of children with special needs in mind, though they will be very familiar with some of the circumstances in the book, and the range of emotion from wonder and joy, to rage, which is a much less permissible topic. I felt commiseration when I read Byrd’s book and hopefully readers will get the same from Know the Night and feel included in the story by virtue of their own experience, whether or not that involves autism.
Exposure to a situation or person can remove barriers.  Are you hoping to say anything to people who are unfamiliar with autism?
I’m hoping to convey how noble the process of care is, regardless of the harder, darker elements of it, and how incredible and mysterious humans are, in whatever iteration. How worth it. My son showed me how valuable he is, not only to me as my child, but as a teacher. He showed me that circumstances that seem confining can be expansive.
The title, Know the Night, could be interpreted in different ways.  Is it a warning (watch out for the darkness), a tip for coping (if you identify it and acknowledge its existence then you can deal with it), or both?
Perhaps both! Mostly it has to do with finding worth. The title comes from Camus’ line, “There is no sun without shadow, and it is essential to know the night.” A lighter presence doesn’t exist without a darker one; they are inexorably attached. As I was writing, I thought a lot about our estrangement from night, and one of the subjects I researched, aside from Antarctica and jazz, was literal night and how the light pollution of cities, for instance, has affected our relationship with the dark. I learned, by being up with Gabriel, to value that psychic space, even through the discomfort of it.
Reviews of your book have pointed to your use of language.  Your writing is said to be lyrical, poetic, and even jazz-like.  Did your subject demand this style or is this how you approach writing in general?
Yes, I think so, because Gabriel lost the ability to speak and that amplified the importance of words for us—what words can do and how elastic they can be. I would say also, though, that the style is simply my voice. I wrote poetry for years, especially when my younger son was a toddler and preschooler, and the process of writing it seemed to fit inside his daily nap. I’m a little bit genre-blind—I see no reason not to blur distinctions a little. The presence of jazz in the book also seemed to demand a certain exploration with language, as did the quiet space of observing the dark hours.
Maria Mutch takes to the Author’s Stage on Tuesday, March 4, 7 PM at Spring Garden Road Memorial Public Library.  The reading and talk will be followed by a Q&A with the audience.  See you there!

Autism, Antarctic & the Night: An Interview with Maria Mutch
https://haligonia.ca/autism-antarctic-the-night-an-interview-with-maria-mutch-90228/