The 24th Annual Manitoba Book Awards were awarded this week in Winnipeg. Here for your reading consideration are the four winners in the adult fiction categories:

McNally Robinson Book of the Year Award:
Not Being on a Boat (M)
by Esmé Claire Keith

“Rutledge, an aging, divorced man, has treated himself to a Cruise on the Mariola . The Cruise is not just any cruise. It’s the whole shebang. It’s around the world. It’s a lifestyle change: G & Ts and tuxedos and cigars and cognac galore. The service is top-rate. And Rutledge’s steward, Raoul, is a good kid. But then a day trip to a Caribbean port ends in commotion. Some people don’t make it back onto the ship. Rutledge, nonplussed, makes use of the vacant machines in the Fitness Room and the unoccupied loungers on deck. But soon, crew members seem few and far between, and the menu in the Captain’s Mess significantly diminished. Rutledge gets the feeling that something is amiss. And that’s just unacceptable. Welcome aboard Esme Keith’s debut dystopic novel, a cunning parody of modern day luxury and the coveted all-inclusive vacation, from the refreshingly blunt point of view of a man unable to see beyond his own needs, with hilarious results.” -publisher
Margaret Laurence Award for Fiction: 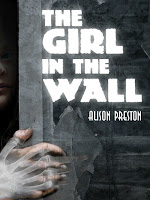 The Girl in the Wall (M)
by Alison Preston
“Former Inspector Frank Foote has left the Winnipeg Police force and gone into home renovations, but after tearing down a wall on a job one day and finding the skeleton of a small female who has been imprisoned there, he finds himself following the leads to a photographer who specialized in taking photos of the recently deceased for their families.” – publisher

“The Witches of Eastwick meets Desperate Housewives in Susie Moloney’s The Thirteen, a Globe and Mail Best Book. Haven Woods is suburban heaven, a great place to raise a family. It’s close to the city, quiet, with great schools and its own hospital right up the road. Property values are climbing. The streets are clean, people keep their yards really nicely. It’s fairly pet friendly, though barking dogs are not welcomed. The crime rate is practically non-existent, unless you count the odd human sacrifice, dismemberment, animal attack, demon rape and blood atonement. When Paula Wittmore goes home to Haven Woods to care for a suddenly ailing mother, she brings her daughter and a pile of emotional baggage. She also brings the last chance for twelve of her mother’s closest frenemies, who like to keep their numbers at thirteen. And her daughter, young, innocent, is a worthy gift to the darkness. A circle of friends will support you through bad times. A circle of witches can drag you through hell.” – publisher

A Large Harmonium (M)
by Sue Sorensen
“A sharply comical year-in-the-gloriously-unruly-life of English Lit professor Janey Erlicksen, as she struggles to put her academic career on the map while dealing with her despotic toddler, Little Max. Along the way she relies on husband Hector, boy-wonder babysitter Rene, crazy unreliable friend Jam, and on Jake, the understanding minister who helps her pick her way through it all.”- publisher