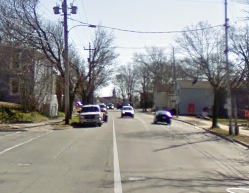 Police are investigating a suspicious fire in North End Halifax.