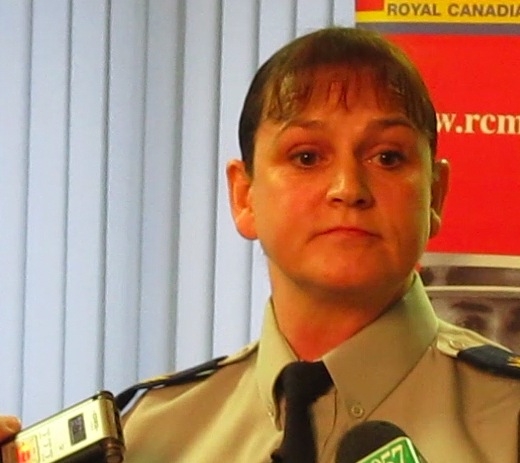 Halifax, Nova Scotia, January 14, 2010 – The body of Sgt. Mark
Gallagher of the Royal Canadian Mounted Police who is serving on
peacekeeping mission in Haiti has been found.

This evening members of the RCMP shared the devastating news with
Gallagher’s family. The information shared with the family was that
Sgt. Gallagher’s remains were recovered under the collapsed remains of
the apartment building.

Arrangements are being made to return Sgt. Gallagher’s body to
Canada.

On July 7, 2009 Mark deployed to Haiti on a nine-month United Nations
(UN) Peacekeeping mission. Gallagher is passionate about assisting those
in needs and was eager to serve on his first UN mission. His duties in
Haiti include working on Project Coordination and his love of the French
language was a perfect fit for his deployment to work with the people of
Haiti.

Recently, Gallagher left Haiti to spend three weeks with his family in
New Brunswick. Gallagher returned to Haiti just a few hours before the
devastating earthquake that trapped him underneath the apartment where
he was unable to free himself.

Sgt. Mark Gallagher the recipient of  the Queen’s Golden Jubilee
Commemorative Medal and earned the Police Exemplary Service Medal for
over 20 years of police service. Formerly a member of the Moncton
Police, Gallagher has been a member of the RCMP for the past 12 years.
Gallagher’s service includes a variety of duties in both New Brunswick
and Nova Scotia. Prior to his deployment Gallagher was the Media
Relations Officer at RCMP Headquarters in Halifax.

On behalf of the Royal Canadian Mounted Police, I extend our deepest
sympathies to Mark’s family, friends and colleagues.  Mark’s RCMP
family is heart broken, and there are no words that can describe the
incredible loss all of us are feeling today. We ask that you keep
Mark’s family and loved ones in your thoughts and prayers.  Details
on funeral arrangements will be shared in the near future.

I would also like to express my support to all those who lost a
relative or friend in this devastating earthquake and to the Haitian
people who must now recover and rebuild from this tragedy.