Weeknight meal planning can be a royal pain but if you’re a busy person, it all makes good economic sense.  My daughter does her meal prep religiously and usually sends me a snapchat of what she’s made. She spends a couple of hours in an evening and that saves her time for the rest of the week.  It’s also a perfect way to stay on a food budget and not be tempted to eat out when you have a meal already to go in the fridge. I’m not as busy as she is but I do like to make use of my time.  If I need to boil a couple of eggs, I add 6 to 8 and then use them throughout the week for a mid morning snack.  When I was making this, I cooked enough barley for 2 more meals.  Barley is a favorite grain I like to use; it’s chewy, pasta-like texture, is a perfect substitute for rice.  On its own, barley is non-nondescript (in my opinion) but toss in sautéed vegetables, a splash of balsamic vinegar, extra-virgin olive oil, and this simple cereal grain becomes a super star.  Barley pilaf makes lovely use of veggies you might have in the refrigerator.

It’s a grain that’s often overlooked but barley’s health benefits are numerous.    I use it in soups, salads, and as a rice substitute for risotto. 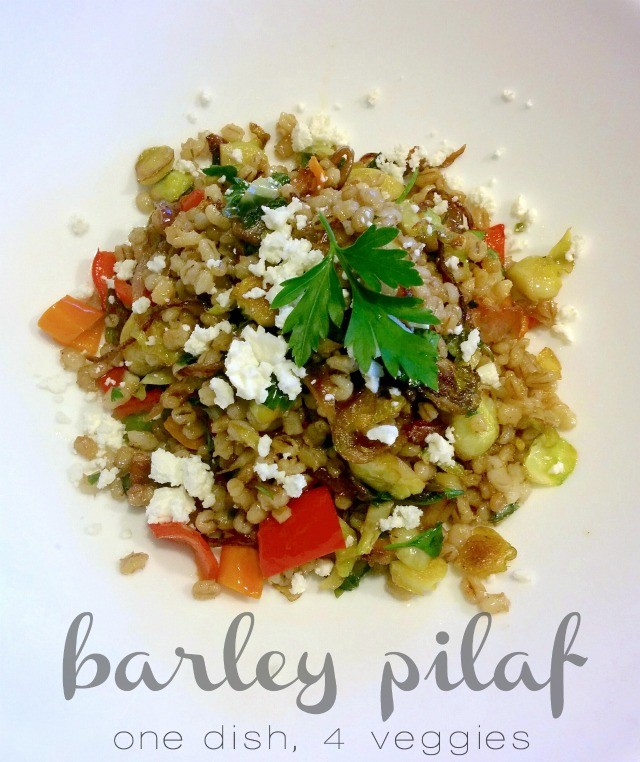 
The Culinary Chase’s Note: This can be served hot or at room temperature.  The barley is cooked when it feels soft to the touch but is al dente in the center.  If there’s still water left in the pot even though the barley is cooked, just drain it.  Enjoy!