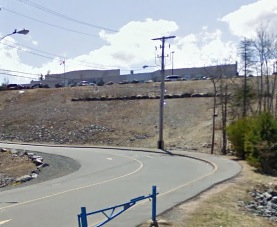 A 77-year-old woman is in critical condition, and a Bedford school suffered extensive damages overnight.

At 11 pm police responded to a single vehicle accident on the 100 block of Purcell’s Cove Road. Upon arrival on scene  it was observed a vehicle and its 77 year old female driver had driven into a retaining wall of a private residence. The driver is in critical condition at the QEII Hospital, police are continuing with their investigation into the cause. No one else was injured in this accident as it was a single vehicle.

At 1230 am Halifax Regional Police responded to a call of a break and enter in progress at Bedford South Elementary School, 2 Oceanview Dr. Bedford. Two youth were apprehended in the area, both had cuts to their hands. One 16 year old female and a 16 year old male have been charged with break and enter and mischief, they have been released from police custody to their parents and will appear in  Halifax  Youth Court at a later date.

Damage to the school was extensive , windows were smashed throughout the interior of the school, property in the office was damaged, several computers within the school were also damaged. Inside the school it was observed an estimate of 10,000 dollars in damage.