What a difference 60 years can make. The name Peyton Place has become synonymous with overblown scandal and drama perhaps thanks more to the television series than the book itself. Peyton Place by Grace Metalious was published in 1956 and caused waves of shock and outrage.

The story opens in the fall of the 1940’s in a small town, Peyton Place, New England. It focuses primarily on three women. Allison is an illegitimate child, although this is unknown to her, raised to idolize her father and is seeking to find her path as a writer in a small, stifling town. Her mother, Constance, is desperate to conceal her affair and ensure that her daughter does not repeat her mistakes. Selena Cross is the girl from the wrong side of the tracks whose tragedy becomes the central focus of the story. Selena is the victim of her stepfather’s abuse and becomes pregnant. The kindly local doctor performs an illegal abortion and runs Lucas Cross out of town. Lucas returns and Selena kills him in self defense.

The backdrop for this story is Peyton Place itself. The town seems stagnant with the same families making the same decisions over time. Newcomers are treated with suspicion. It is a town that rests upon a few powerful families. There is a clear division between those with power and means and those without. The powerful Harrington family can buy and sell the people in their employ. A woman’s worth lies squarely in her reputation. One youthful misstep can spell disaster for life for a young woman. A young man’s reputation is a different story. Girls who were interested in sex were considered degenerates. The unfairness and hypocrisy in this town and in this age is palpable.

This groundbreaking novel, which explored the seamy underbelly of small town life, had a profound impact on its readers. It seems strange in this day and age when confessional memoirs of the most intimate sort are the norm. Yet in 1956 libraries, towns and even entire countries (and I mean Canada) banned this book. It was described as wicked, indecent and sordid. A relatively newly published edition has a preface that has many interesting reflections on the impact of the novel. In it we learn that Metalious had to make a concession in order to get the book published. In the original version Selena was raped by her biological father. The publisher insisted that Lucas would have to be a stepfather. Rape by a parent was just unthinkable. 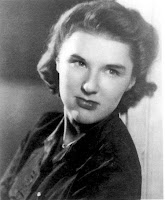 Metalious did more than write a book that spoke frankly about sexuality and violence. She wrote a social commentary about class divisions and women’s rights. She showed that the bad people were not necessarily from the shanty towns, they were in the nice houses too. Peyton Place wouldn’t be classed as great literature and may have slipped quietly into obscurity if the public reaction hadn’t been so intense. Readers in the 1950’s were attracted to the character-driven narrative and saw their own hometowns in Peyton Place.

Another book from a decade later which took readers to the next scandalous level was Valley of the Dolls by Jacqueline Susann.

“The exploits and excesses of three pill-popping showbiz heroines: Anne, the smalltown girl supposedly modeled on Grace Kelly, who captivates a millionaire but falls for an English cad; Jennifer, the beautiful Marilyn Monroe clone who possesses everything – except immortality; and Neely, the ruthless Judy Garlandesque understudy-turned-superstar. As friends – and enemies – they learn the hard way that fame, fortune, beauty and stardom don’t always equal happiness. Jacqueline Susann’s sensational novel staked her claim as a pop pioneer, perfectly crystallized the decadence of the 1960s – and ushered in a whole new genre of mass-market fiction.” – publisher

Blast from the Past! Peyton Place by Grace Metalious
https://haligonia.ca/blast-from-the-past-peyton-place-by-grace-metalious-38422/